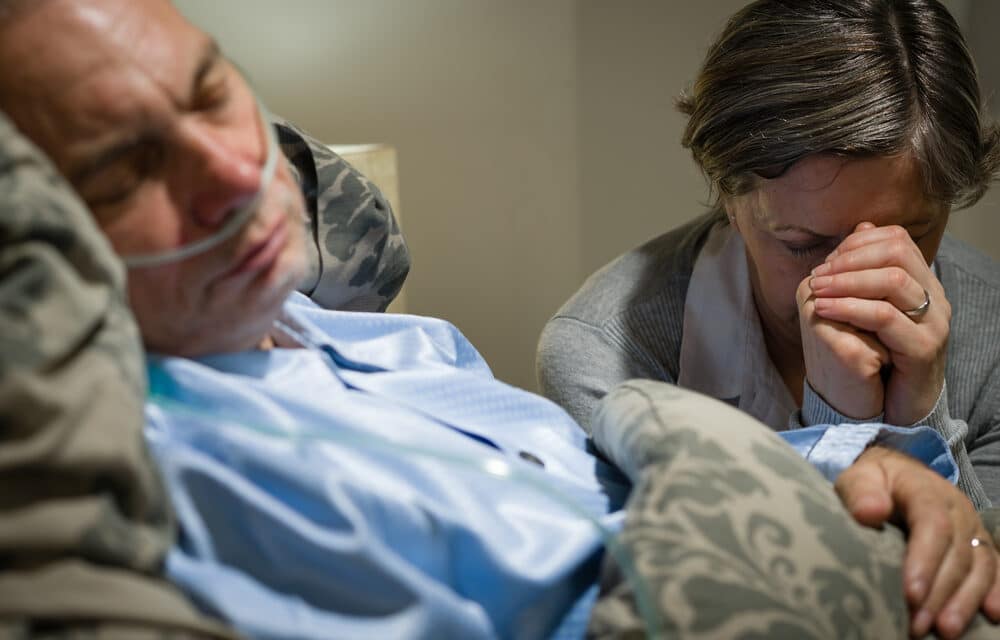 (OPINION) ETH – Known as “end of life visions” or “visioning”, they are only visible to the patient. Care workers at the Western Reserve Hospice shared some of their extraordinary experiences of looking after patients on the verge of death with Oklahoma’s News 4 channel.

They described how many of those in their care seemingly had encounters with deceased loved ones before they passed away. A carer related how one man had been visited by his beloved wife Becky, moments before he drew his last breath. She said: “He actually pulled himself over the side rail and reached out and made like a hugging motion and then laid back down and within minutes he died.

“He had been waiting for her to come to get him.” In another instance, a woman called Margaret told hospice staff that she had been visited by her son Charles, a day before she died. Charles had tragically passed away two weeks prior, but because of her condition hospice staff decided to keep his death a secret from her. One day, Margaret, who had been bedridden for weeks, suddenly got all dressed up.

Her carer Dave explained: “Her sister Dorothy walked in. “‘Margaret,’ she said, ‘you look beautiful. What’s going on?’ “She said: ‘Charles came to see me and he says he’s coming back to take me with him.’ “And she didn’t know that he had passed away two weeks before and the very next day she passed away as well.” READ MORE