Fleet of unidentified lights seen over skies of London 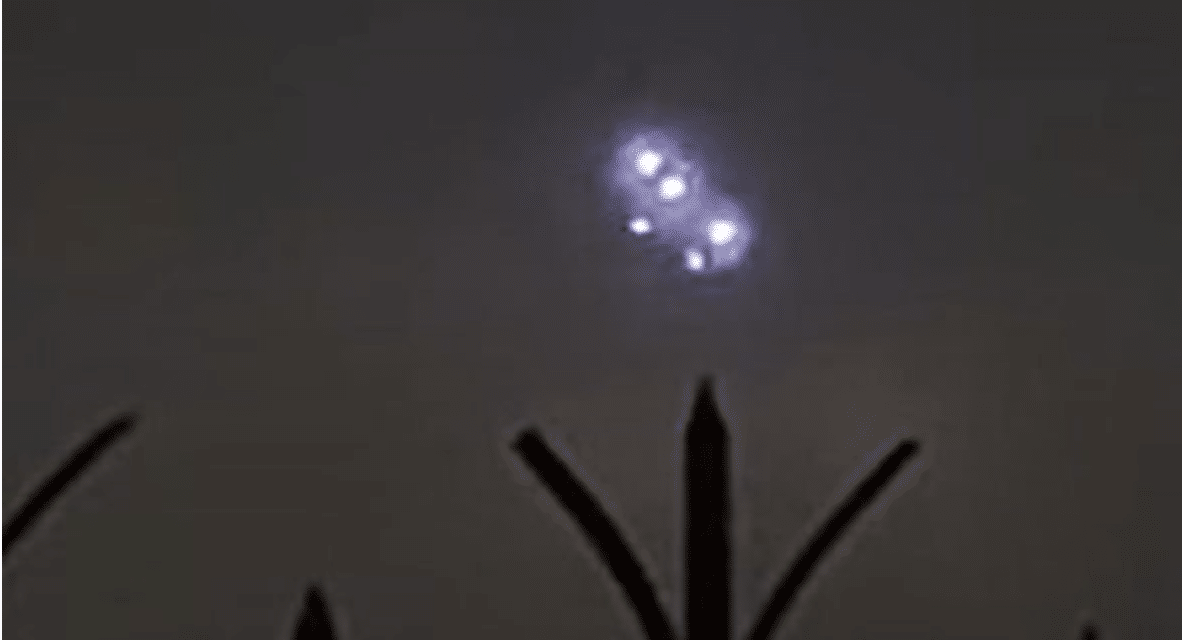 (ETH) – A mysterious fleet of lights was spotted over England’s capital city, London, on Wednesday, sparking fears that UFOs have come to visit Earth. One stunned onlooker witnessed a strange selection of lights above the skies of London.

The video was recorded on May 26 and appears to show eight bright lights in the night’s sky. The orbs move around as they pulsate with a blue glow. As you watch the video, you can hear the disbelief in the person’s voice who is recording the footage.

The video was uploaded to YouTube by Betina Ascari Brochetto, who said the strange lights were there for more than seven minutes. She posted in a caption alongside the footage: “Mysterious lights flying during the night in London on this Wednesday 26/05/21.

“Is that a UFO? I recorded these mysterious lights flying for more than seven minutes in the sky.” The video was picked up by conspiracy theorist YouTube channel UFO Institute. While some who commented on the video were shocked and claimed it is proof of aliens, others offered a more logical explanation. One person wrote: “Looks like a drone display to me!” Another did not believe it was extraterrestrials, simply stating: “Nah”. READ MORE