Evacuations ordered for hundreds after dam fails in Southern Louisiana 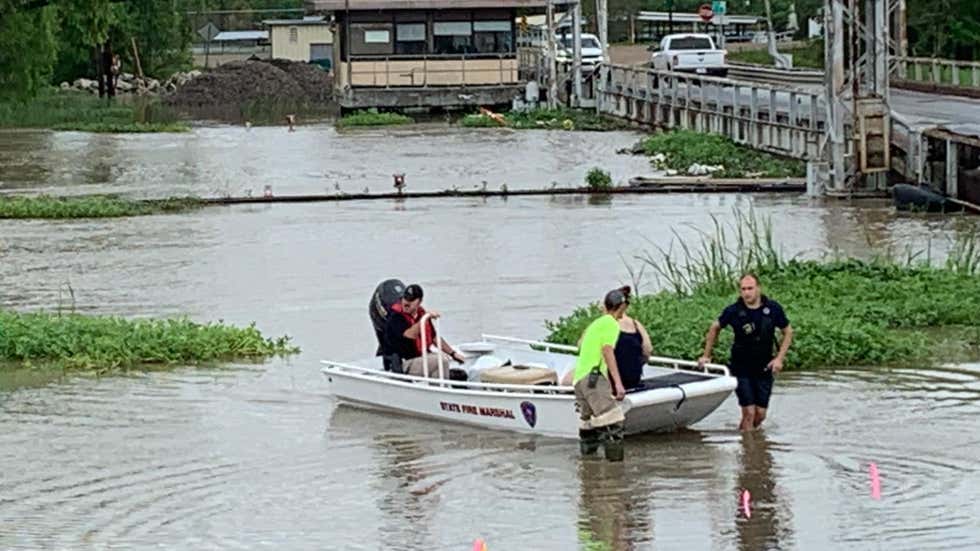 (ETH) – Hundreds of people have been ordered to evacuate from a rural community in southern Louisiana after a flood barrier known as an AquaDam failed and water began pouring over a roadway.

Evacuations were ordered at about 10 a.m. CDT Friday for 300 to 350 homes in an area known as Bayou Pigeon, about 34 miles southwest of Baton Rouge in Iberville Parish. “Water is coming and if we don’t stop it very quickly it will flood a lot of houses that historically don’t flood,” Sheriff Brett Stassi told weather.com in a phone call Friday afternoon.

The State Fire Marshalls Office shared photos on social media that showed people being ferried from their homes by boat and others driving away through high water. Much of Louisiana has been battered with heavy rainfall and deadly flooding in recent days. Between 10 and nearly 15 inches of rain were reported in parts of Baton Rouge since last Saturday, according to NOAA’s Weather Prediction Center.

At least five deaths have been blamed on the weather, according to the Louisiana Department of Health. A disturbance being watched for development in the Gulf of Mexico could bring more rain in the coming days. The homes ordered to evacuate Friday are at a low point in the road on Highway 75.

“This is probably the highest water we’ve seen down there, ever,” Stassi said. “As the AquaDam gave way it opened the Intracoastal to flooding the left-hand side of Highway 75.” The area was under a flash flood warning. “We are moving cement barriers in place to try and put it back where the AquaDam was holding and we’ll use sandbags around the cement to try and hold back the water,” Stassi said. READ MORE