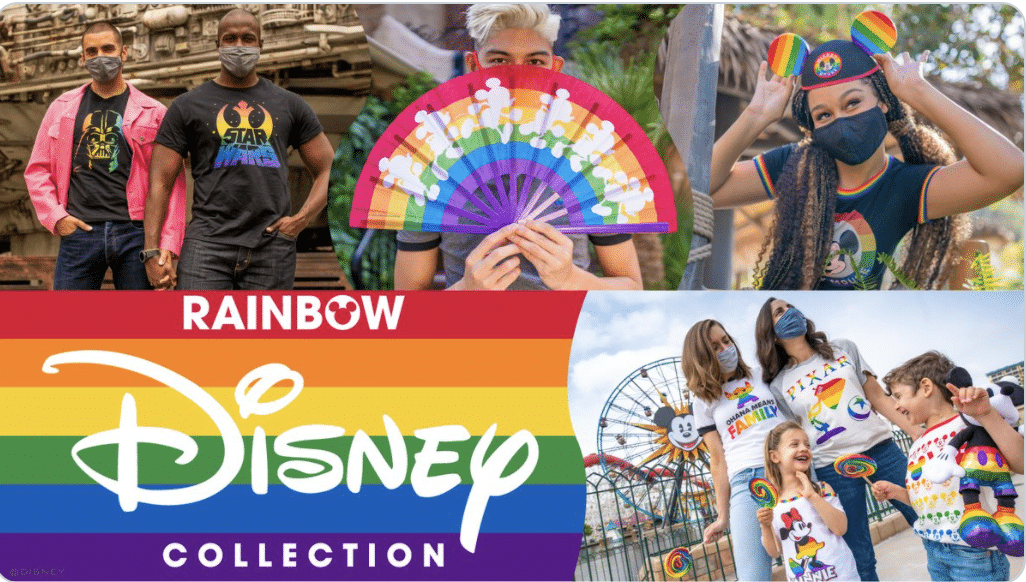 (ETH) – The Walt Disney Company, which is widely known for its family-friendly programming and theme parks, is reportedly promoting a series of toys and clothes for children decorated with the LGBT rainbow flag ahead of Pride Month in June.

The company which has great influence over children around the World has unveiled its Rainbow Disney Collection. According to the report, The catalog shows apparel and toys featuring rainbow-colored merchandise designed to honor the upcoming annual Pride Month in June that celebrates the LGBT community and movement.

“The countdown to Pride Month is on with a colorful array of Pride products available now!” the Disney Parks Twitter feed announced Monday.  This announcement was also accompanied by several rainbow-colored hearts as well. Additionally, the Twitter account also noted that “The Walt Disney Company is giving funds as part of our ongoing commitment to organizations around the world that support LGBTQ+ communities.”

The Christian Post stated: “The pro-LGBT organizations Disney is donating to are listed on the Rainbow Disney Collection’s website. The advocacy groups supported by Disney include GLSEN, Diversity Role Models, Minus18, BeLonG To Youth Services, ARELAS and the It Gets Better Project”. Also on the Disney Parks Blog several pictures of the merchandise, which includes a Mickey Mouse “Love” T-shirt was revealed and on that particular shirt, the “o” in the world love is replaced by Mickey Mouse ears bathed in the rainbow colors.

The countdown to Pride Month is on with a colorful array of Pride products available now! 🖤🤎❤️🧡💛💚💙💜 Plus, The Walt Disney Company is giving funds as part of our ongoing commitment to organizations around the world that support LGBTQ+ communities: https://t.co/6weUid4JRE pic.twitter.com/0zwKzobgNi

The rest of the shirt features pictures of Mickey Mouse’s face in different colors of the rainbow. Other apparel includes a sweatsuit with a hoodie and pants decorated with the word “Love” that also features rainbow-colored Mickey Mouse ears instead of an “O,” and shirts with the Pixar Animation Studios logo in rainbow colors.

Also, a rainbow-colored depiction of the character “Stitch” accompanied by the phrase “Ohana Means Family” illuminated in rainbow colors is presented as well.  “Starting this month, the incredible diversity of our fans will also be celebrated around the world with products rolling out from licensees and retailers including Amazon, BoxLunch, Funko, Kohl’s, and Torrid, with more to come in Europe and Latin America,” Armenia wrote. “In June, our friends at Funko will have a plethora of new Pop! Vinyl figures in screaming color including Stitch and Wall-E.”