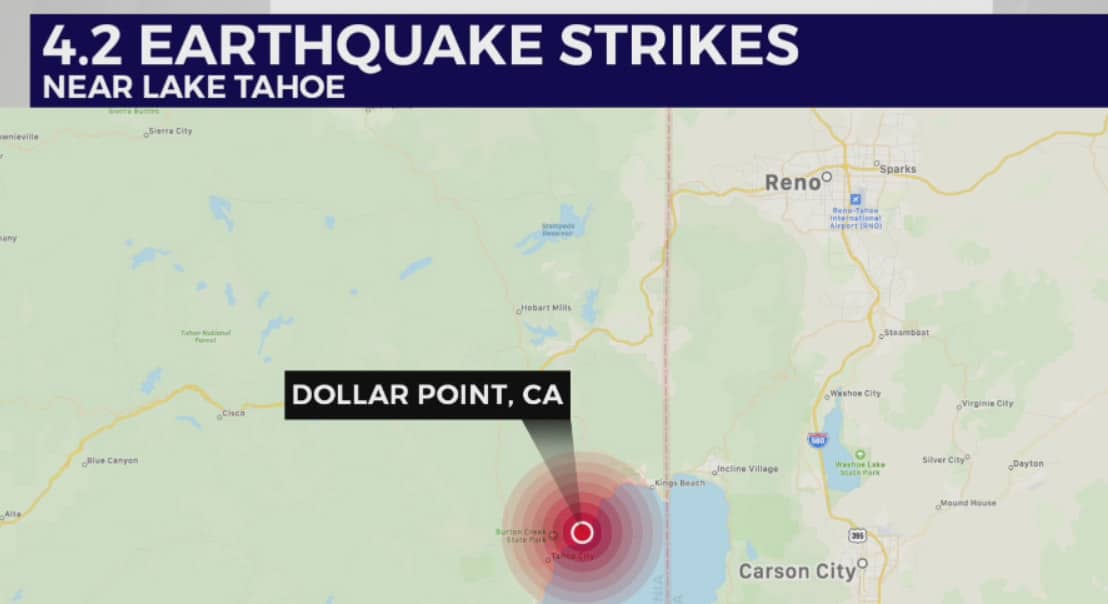 (ETH) – At least six earthquakes, including one with a preliminary magnitude of 4.2, shook the Lake Tahoe, Reno, and Carson City area early on Friday, according to the U.S. Geological Survey.

The strongest one struck near the north end of the lake at Dollar Point, Calif., around 8:30 a.m. Pacific Daylight Time. There were no immediate reports of damage. It came as Lake Tahoe’s resorts and tourist destinations prepared for a Memorial Day holiday that they hope will help lift the pall of the coronavirus pandemic and as legislators in Nevada’s capital met in early sessions to finish business before heading home for a long weekend.

Good Morning, Reno, Carson City, and the Tahoe/Truckee area! A magnitude 4.2 (updated) earthquake occurred beneath Lake Tahoe at 8:25 am this morning that was widely felt in the greater Lake Tahoe area.

The strongest quake on Friday interrupted Senator Julia Ratti’s presentation before an Assembly Committee on Ways and Means hearing. The geological survey initially reported that the quake had a preliminary magnitude of 4.1, but that was revised higher.

It followed an earlier one with a preliminary magnitude of 2.9, around 5 a.m. local time in the Dollar Point area, according to the U.S.G.S. There were no immediate reports of damage, but seismologists are concerned about a recent series of quakes near the lake and the potential for a tsunami. READ MORE