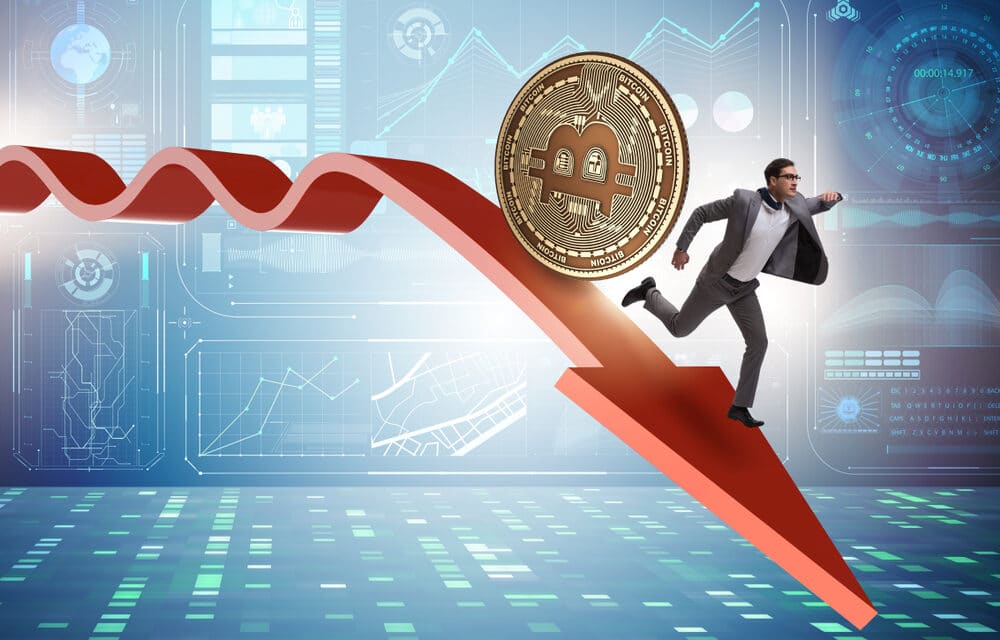 (ETH) – Bitcoin, dogecoin, and other cryptocurrencies plunged in value Wednesday as investors soured on the speculative bets that have soared in popularity this year. Bitcoin’s price tumbled as much as 30% since 5 p.m. ET Tuesday, dropping to as low as $30,201.96, its weakest since January, according to CoinDesk. It has since rebounded to $40,400.

Dogecoin declined 21% to about 38 cents, after earlier plunging as low as about 22 cents. Ether fell 22% to $2,694.77, after earlier being down more than 40%. Since early Tuesday, the selloff has erased nearly $500 billion from the total value of all cryptocurrencies, according to CoinMarketCap.

The rapid drop led to billions of dollars of bullish bets being wiped out on offshore cryptocurrency derivatives exchanges—a sign that investors playing with high degrees of leverage may have helped the crypto market up in the first place. “Many people have been tempted to invest purely because it has gone up in value and they have a fear of missing out,” said Rick Eling, investment director at wealth management firm Quilter.

“Bitcoin is a volatile asset, and as we have seen so often in financial markets, boom is almost always followed by bust.” As of midday Wednesday in New York, more than $8.6 billion of liquidations of leveraged bets had taken place during the past 24 hours, including one trader on Huobi, a popular offshore exchange, who lost $67 million in a single liquidation, according to data provider Bybt. READ MORE