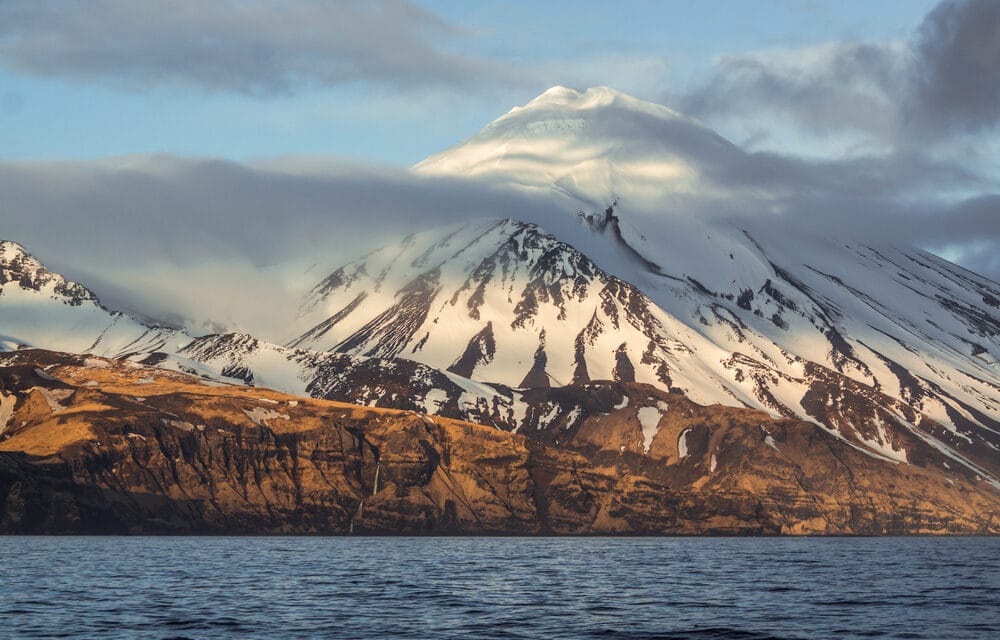 The authority has also raised the aviation color code to red. An AVO and US Geological Survey (USGS) volcanic activity notice read: “A short-duration (1-2 minutes) explosive eruption began at 21:04 AKDT (5:04 UTC 26 May), resulting in an ash cloud up to 15,000 ft asl.

“Since that explosion, seismicity has decreased and satellite images show that the ash cloud has detached from the vent and is moving towards the east. “Additional explosions are possible and the Aviation Color Code remains at RED and the Volcano Alert Level at WARNING.”

In the hours prior to the alert level being raised to red/warning, the AVO had upgraded the volcano to orange/watch level. The AVO said the alert level change was due to an “increase in unrest” at the site. According to the AVO, Great Sitkin erupted at least three times in the 20th century, with the most recent eruption taking place in 1974.

While this week’s eruption propelled ash 15,000 feet into the sky, the 1974 eruption “produced at least one ash cloud that likely exceeded an altitude of 25,000 ft above sea level”. On several occasions over the last few years, the AVO has increased the alert level for Great Sitkin. FULL REPORT