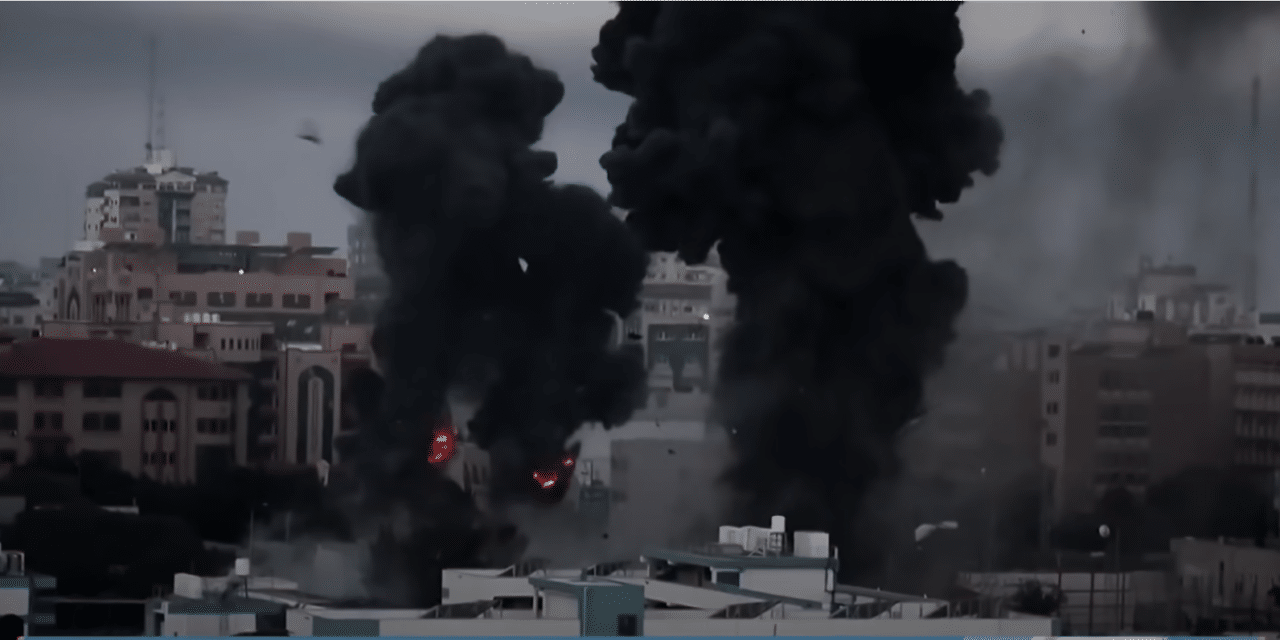 (ETH) – All Hell is still breaking loose in Israel and Benjamin Netanyahu has now threatened to ‘inflict blows that Hamas has not dreamed of, only to have Hamas retaliate with over 130 rockets of its own.

The latest report has revealed that an estimated 1500 rockets or more have been launched as deadly fighting in the middle east continues. According to the Daily Mail, Israel has launched multiple attacks that have resulted in the death of several top commanders on Wednesday, and the destruction of another multi-story building in Gaza City, with the U.N., also warning that a ‘full-scale war’ could erupt at any moment in the region.

The report details that Israeli fighter jets have dropped two bombs on the 14-story Al-Sharouk tower, which housed the bureau of the Al-Aqsa television channel, and is reportedly the third tallest structure in Gaza City. The conflict has left at least 65 Palestinians including 14 children and three women killed in two days of fighting, while seven Israelis including one child and one soldier have also lost their lives.