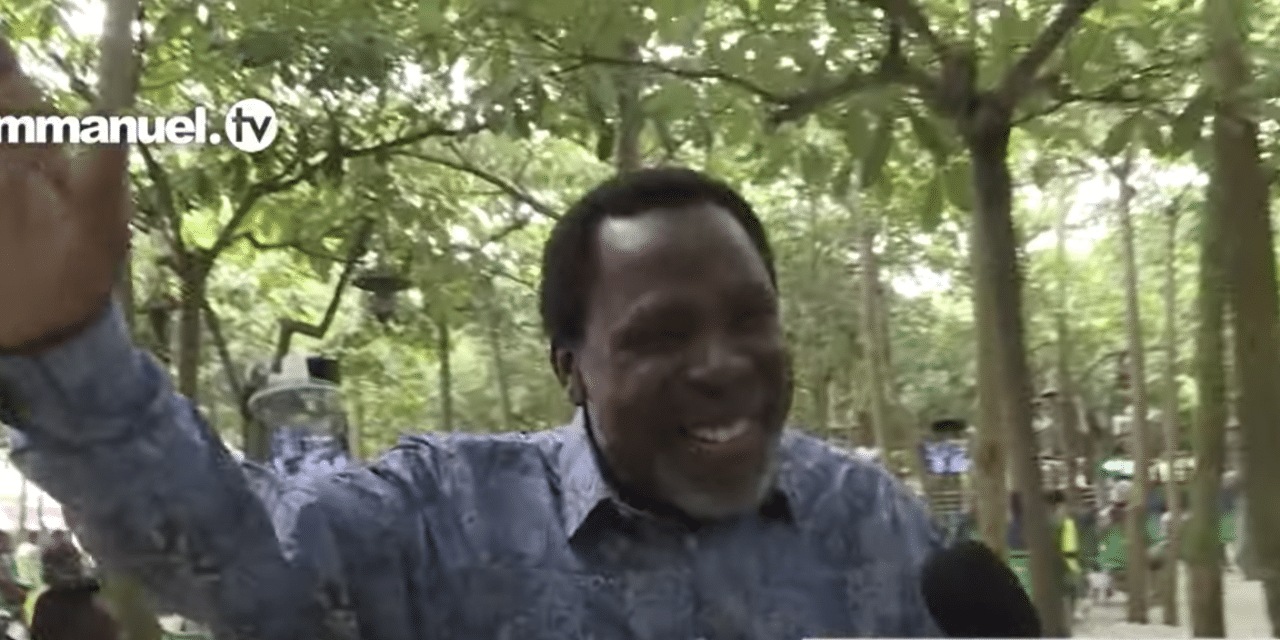 (ETH) – Youtube has removed a prominent Nigerian televangelist from its platform after he was accused of posting videos on his channel claiming to ‘cure’ gay members of his congregation of their sexuality.

T.B. Joshua reportedly responded on his Facebook page with: “I got to know what happened to YouTube when I saw the viewers complaining… I want you to help me pray for YouTube… Don’t see them the other way around; see them as friends.

We need to be strong,” According to the report, The Synagogue Church of All Nations (SCOAN) — run by T.B Joshua — was deactivated from Youtube last week and can no longer be viewed by nearly two million subscribers. Details of the report stated that CNN was sent a message from OpenDemocracy, which is a media rights group based in the UK, who messaged YouTube on April 8th asking if the conversion therapy videos did not violate its policies.

“We noticed at least seven videos. In one video, T.B. Joshua slapped a woman and her partner whom he called her ‘second’ (partner) at least 16 times,” said Lydia Namubiru, OpenDemocracy’s Africa Editor. “He said he was casting the ‘spirit of woman’ out of her,” Namubiru said as she narrated the content of the footage flagged to YouTube and Facebook by her organization.

The woman later told Joshua that she no longer felt affection for her partner because of his intervention, Namubiru said. “In yet another, a young person… is slapped several times and his dreadlocks are shaven off before he testifies that he is no longer attracted to men,” Namubiru added.

A YouTube spokesperson stated: “YouTube’s Community Guidelines prohibits hate speech and we remove flagged videos and comments that violate these policies. In this case, we have terminated the channel… We reviewed the videos flagged to us and took appropriate action, which resulted in the termination of the channel.”

In 2011, Pastor Joshua was listed by Forbes as the third-richest pastor in Nigeria with an estimated net worth of between $10 – $15 million. The Ministry has stated that it plans on appealing the decision by YouTube to suspend its channel.

“Emmanuel TV’s mission is to share the love of God with everyone — irrespective of race or religion — and we strongly oppose all forms of hate speech! We have had a long and fruitful relationship with YouTube and believe this decision was made in a haste… we are making every effort to appeal this decision and see the channel restored,” the statement said.