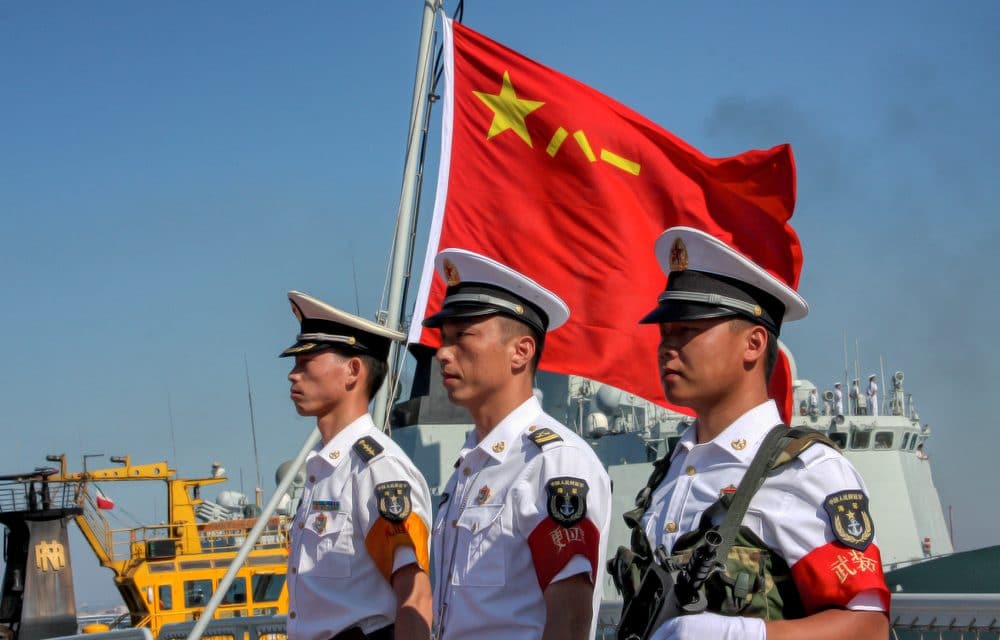 (ETH) – As if we don’t have enough to be concerned with right now with what’s going on with the ongoing tensions between Russia and Ukraine.

Now a new report is revealing that the US has been placed on high alert after China has reportedly unveiled its newest arsenal which is a deadly destroyer warship that is reportedly capable of shooting down ballistic nuke missiles and satellites – redefining water-based warfare as we know it.

The detailed report by The Sun reveals that a Chinese aircraft carrier Liaoning was recently accompanied by a new state-of-the-art vessel, which is a Type 055 destroyer – which discreetly made its world debut during a training exercise near Taiwan. The Type 055 warship dwarfs its American opponent in stealth and surreptitiousness.

It is also said to be the world’s second-most powerful destroyer, behind the US Navy’s Zumwalt-class. Details of this mention that it comes in around 180 meters long and 22 meters wide and the capabilities of this are impressive, to say the least showcasing 112 vertical launch missile cells, capable of launching a combination of surface-to-air missiles, anti-ship missiles, land-attack missiles, and anti-submarine missiles which in layman’s terms, means it can deploy projectiles to intercept incoming attacks, thanks to its dual-band radar system.

It also has four flat planar phased arrays embedded in the trailblazing watercraft and is accompanied by four smaller panels that are mounted on the integrated mast. This destroyer enables China to prepare for all attacks from every angle.

It is also said to be armed with YJ-18A anti-ship cruise missiles (ASCMs) and YJ-100 long-range ASCMs, as well as HQ-10 short-range surface-to-air missiles (SAMs) and HHQ-9B long-range SAMs. The US is greatly concerned that China is accelerating attempts to gain sovereignty over Taiwan to intercept their allied relationship with the US, who provide the democratically run island weapons and other support.