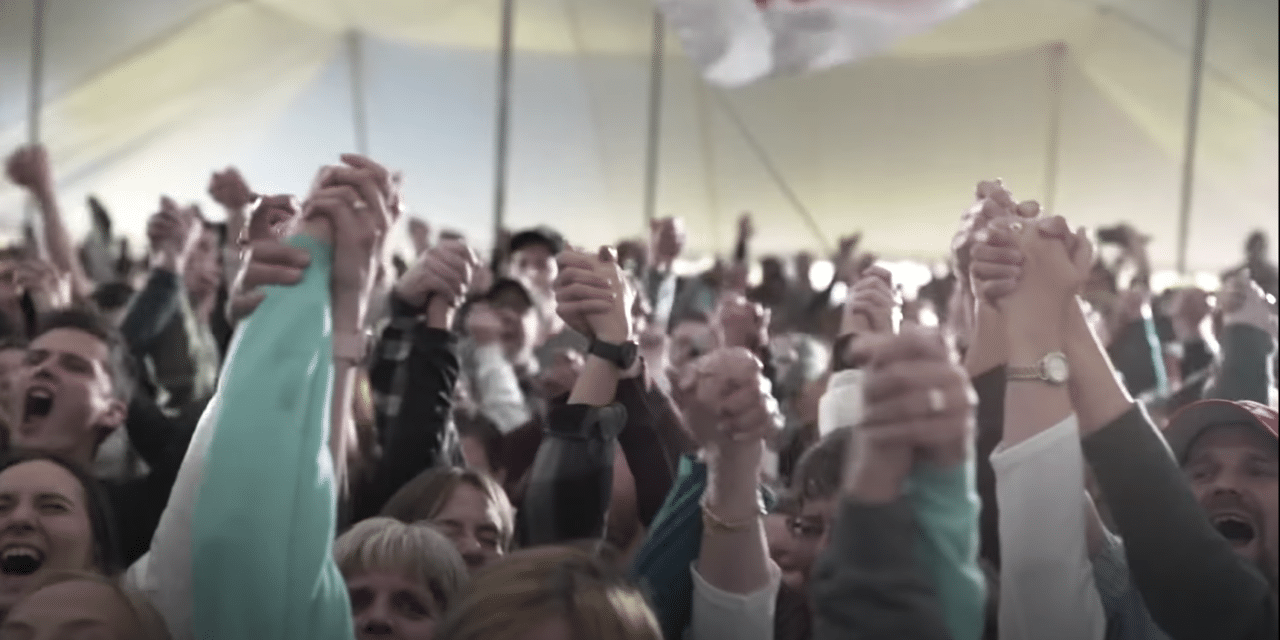 (OPINION) ETH – Multitudes have reportedly been saved, healed, and delivered during Sean Feucht’s “Let Us Worship” tour. Feucht continues to bring a powerful message to those suffering from despair, urging them to let go of their burdens and seek solace in the Holy Spirit.

The latest gathering was in Springfield, Missouri where thousands of worshippers packed into a tent on Friday night to sing and worship with Feucht and his team. “We have thousands of people already under this tent, what a wild time to be alive,” Feucht said. “So much hunger. God’s moving in this nation, in this state.

This is the season of revival.” Feucht reported that cars were lined up to attend the event and ran out of space. “We’ve got a little bit of a problem…this is a good problem though but it shows you the hunger in America. All these cars – we got no room for them and we’ve got no room for any more people in that tent. But that’s what we want to see…Hunger! People have been here for the last two hours, waiting to press into the presence of God.”

According to the report from CBN News, the event saw men and women of all ages finding freedom from their afflictions. Many were seen throwing things they were bound by on the stage, and lifted their hands toward Heaven, and prayed for deliverance.

There were also dozens seen running to the altar to give their lives to Jesus Christ.  The movement  continued in Little Rock, Arkansas where worshipers gathered under a bridge on Saturday for a “revival by the river.” “It’s so powerful. This never gets old,” Feucht said in a video.

“When we say the church has left the building, that’s really what we mean. We’re gathered today under a bridge in Little Rock, thousands of people are here. He added, “They’re giving their lives to Jesus and they’re getting freed of addictions and we’re seeing racial reconciliation. We’re seeing legitimate healing, breakthrough, and miracles. God is so good.”