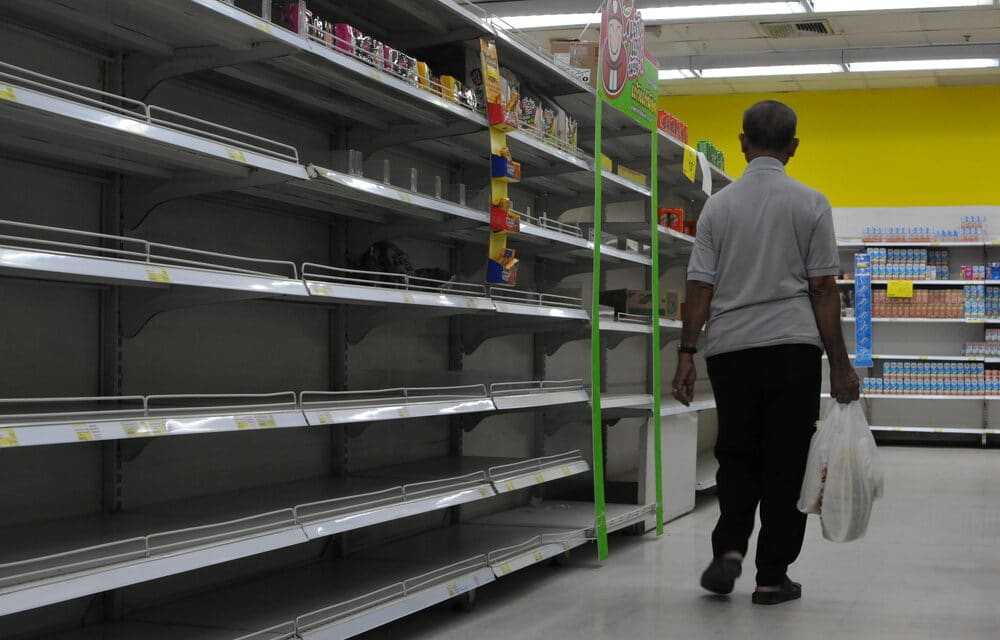 (OPINION) PNW – With prices already soaring, global inflation is about to go into overdrive as the leading food price indicator, the Bloomberg Agri spot index hit the highest level in six years.

In a nutshell, this is a problem since food is a large component of CPI baskets in Asia, and “this large inflationary impulse in the region that houses more than half the world’s population should result in higher wage costs in the factory base of the world. As CPI and PPI rise in Asia, it will feed through globally in the months ahead.”

Today, DB’s Jim Reid picked that chart as his “Chart of the day”, repeating what readers already know, namely that Bloomberg’s agriculture spot index has risen by c.76% year-on-year, noting that “that’s the biggest annual rise in nearly a decade, and there are only a couple of other comparable episodes since the index begins back in 1991.”

Reid then patiently tries to explain that the importance of this record surge “extends far beyond your weekly shop, as there’s an extensive literature connecting higher food prices to periods of social unrest.” Indeed, the last big surge from the middle of 2010 to early 2011 coincided with the start of the Arab Spring, for which food inflation is regarded as a contributing factor.

While this is hardly new – we discussed it in “Why Albert Edwards Is Starting To Panic About Soaring Food Prices” and in “We Are Edging Closer To A Biblical Commodity Price Increase Scenario” – Reid also reminds us that emerging markets are more vulnerable to this trend since their consumers spend a far greater share of their income on food than those in the developed world.

The DB strategist then goes all-in and says what everyone is thinking, namely that “this trend of higher food prices leading to social unrest extends far back into history and surrounds many key turning points.

The French Revolution of 1789, which overthrew the Ancien Régime, came after a succession of poor harvests that led to major rises in food prices. It was a similar story at the time of Europe’s 1848 revolutions too, which followed the failure of potato crops in the 1840s and the associated severe famine in much of Europe. And the 1917 overthrow of the Tsarist regime in Russia took place in the context of food shortages as well.”

So while it remains to be seen what the consequences of today’s surge in food prices could be, Reid cautions that “given the hardship that’s already occurred thanks to the pandemic, a fresh wave of unrest would be no surprise on a historical basis.” READ MORE