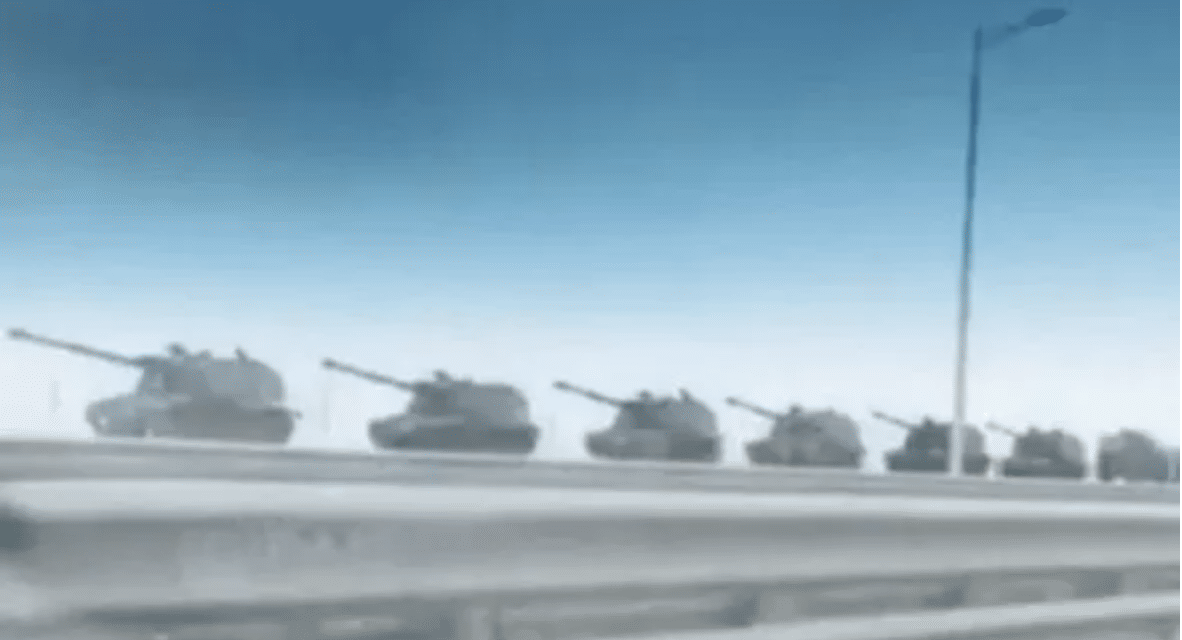 (ETH) – Nations have been placed on high alert after Vladimir Putin has reportedly sent a mass number of tanks to the Ukrainian border in a powerful display of military might in the midst of reports of missiles being deployed in what has been described by the EU as a “conscription campaign”.

Ukraine’s Foreign Minister Dmytro Kuleba recently confirmed that he recently spoke to the Organization for Security and Co-operation in Europe (OSCE), to alert them regarding Russia’s “systemic aggravation”. The report also detailed that footage tweeted by The Intel Crab purportedly revealed scores of tanks, armored cars,

and other vehicles loaded on a train heading for Crimea, the region which Mr. Putin annexed from Ukraine seven years ago. One military analyst stated ” “One of the largest deployments I’ve seen in recent memory.”

“There are also unconfirmed reports of advanced missile systems being transferred (a-la Tochka U). Big development, if true.” The Ukrainian Commander-in-Chief Ruslan Khomchak stated on Tuesday that Russia was building up armed forces near Ukraine’s borders in a threat to the country’s security.