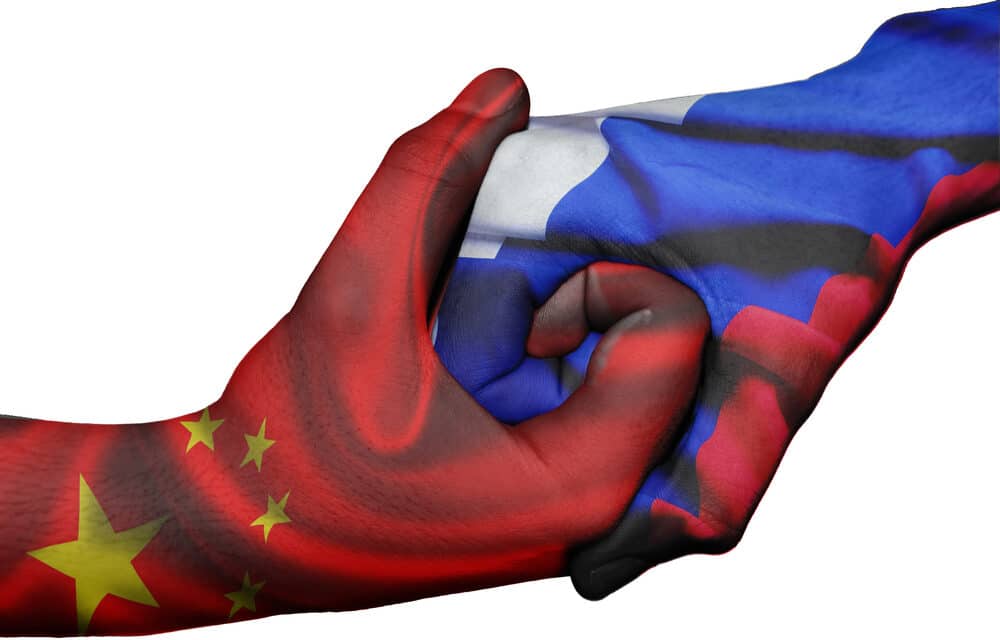 Chinese troops for almost a year have been dug in deep in Indian-controlled Ladakh in the Himalayas. Two large aggressors are threatening to break apart neighbors and absorb them. The Biden administration has issued warnings to both Moscow and Beijing, but neither looks impressed.

American attempts to de-escalate flashpoints are seen in Russian and Chinese circles as failures of resolve. At least at this moment, those adversaries are right to scoff at the new U.S. leader. The Chinese are especially bold. They describe their flights near Taiwan as “combat drills.”

At the same time, they are sending large ships close to Taiwan’s waters. The Liaoning, their first aircraft carrier, recently steamed along the east side of the island in an especially provocative gesture. The Global Times, an unofficial Communist Party tabloid used by Beijing to signal new policies, on April 12 posted a video of Hu Xijin, its editor-in-chief, warning that Beijing would overfly Taiwan — in other words, fly into Taiwan’s sovereign airspace — to “declare sovereignty.”

Threats like that start wars. Chinese leaders speak provocatively because, among other reasons, they do not believe the United States or others will come to Taiwan’s rescue. For decades, Washington has maintained a policy of “strategic ambiguity,” not telling either Beijing or Taipei what the U.S. would do in the face of imminent conflict.

This approach worked in generally peaceful times with a more cooperative Chinese leadership, but, with far more aggressive rulers in Beijing, that policy is failing. Beijing is no longer impressed by American power.

China’s top diplomat, Yang Jiechi, in the infamous Anchorage meeting in the middle of last month, launched into a tirade in which he told Secretary of State Antony Blinken and National Security Advisor Jake Sullivan that the U.S. could no longer talk to China “from a position of strength.” Beijing is openly mocking Washington. Ominously, Global Times on April 14 ran an editorial with this headline: “When Real Determination Is Lacking, the U.S. Should Maintain ‘Strategic Ambiguity.'” READ MORE