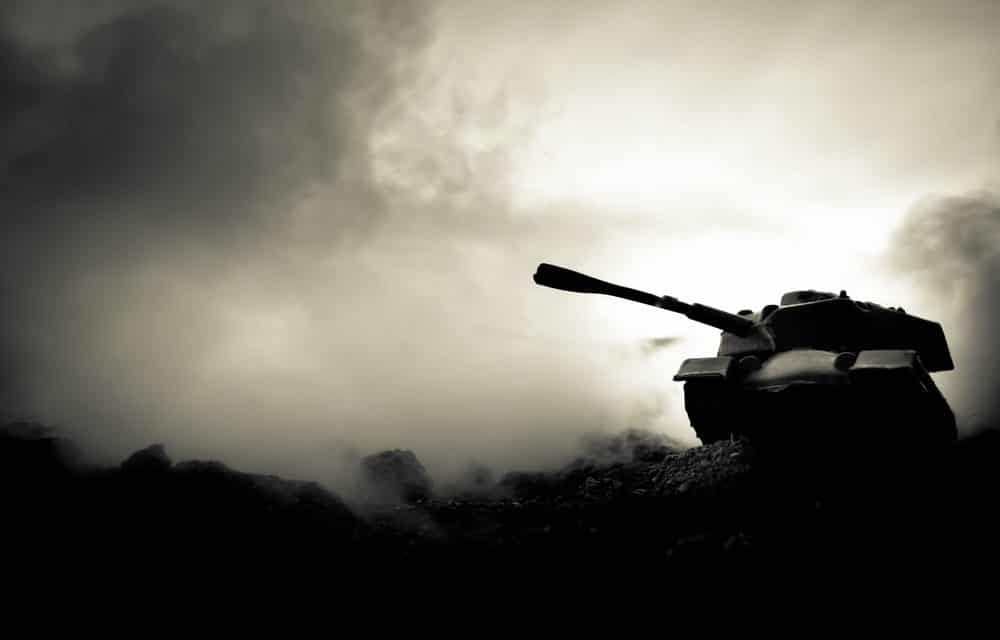 (OPINION) ETH – It appears that we are now witnessing the “Wars and Rumors of War” that the Bible has warned about unfolding right before our eyes. At the time of this report, we are currently seeing war drums pounding in three fronts across the World. The first conflict that has been ongoing is the Russia and Ukraine tensions.

“And you will hear of wars and rumors of wars. See that you are not troubled; for all these things must come to pass, but the end is not yet. For nation will rise against nation, and kingdom against kingdom”. – Matthew 24:6-7

A new report from the Daily Mail stated that the Ukraine crisis is “One step from War”, Citing the new warning that came from state TV in the latest round of saber-rattling between Moscow and Kiev that has sent fear across Europe. According to the report, A Russian news anchor who has been called a ‘Putin propagandist’ in the past, issued the warning of possible war during a primetime broadcast in Russia on Sunday.

He branded Ukraine a ‘Nazi’ state, saying that Russia may be forced to ‘de-Nazify’ it buy force – a process he said would bring about its ‘economic and military collapse’. The latest reports indicate that Russia has massed more than 80,000 troops along Ukraine’s eastern border, including tanks, artillery pieces, armored transports, and support vehicles – raising fears of an invasion while Ukrainian presidential spokesman Iuliia Mendel stated that 40,000 troops are now stationed in Crimea with another 40,000 near the Donbass regions as well.

It’s been reported that Russia has also just moved missiles capable of carrying Nuclear Warheads into the battle zone with Ukraine as well. As Kiev warned it could be ‘provoked’ by Russia’s aggression, several Western nations have voiced fears that Russian President Vladimir Putin’s move could trigger an all-out war, which could drag Nato allies, including Britain, into the conflict.

Meanwhile, The US and China have reportedly deployed aircraft carriers in the South China Sea as tensions continue to grow there as well. According to a report from CNN, The ships are also carrying hundreds of Marine ground forces from the 15th Marine Expeditionary Unit as well as their supporting helicopters and F-35 fighter jets.

“This expeditionary strike forcefully demonstrates that we maintain a combat-credible force, capable of responding to any contingency, deter aggression, and provide regional security and stability in support of a free and open Indo-Pacific,” US Navy Capt. Stewart Bateshansky, commodore, Amphibious Squadron 3, said in a statement.

China reportedly responded according to the Global Times who quoted a Chinese military expert, Wei Dongxu, saying the US Navy exercises were a provocation. Then we have the latest developments in the middle east where Iran is vowing revenge against Israel after Iranian foreign minister, Mohammad Javad Zarif, has come out threatening Israel following the mysterious blackout that occurred at an Iranian nuclear enrichment site that Iran has accused Israel of carrying out.