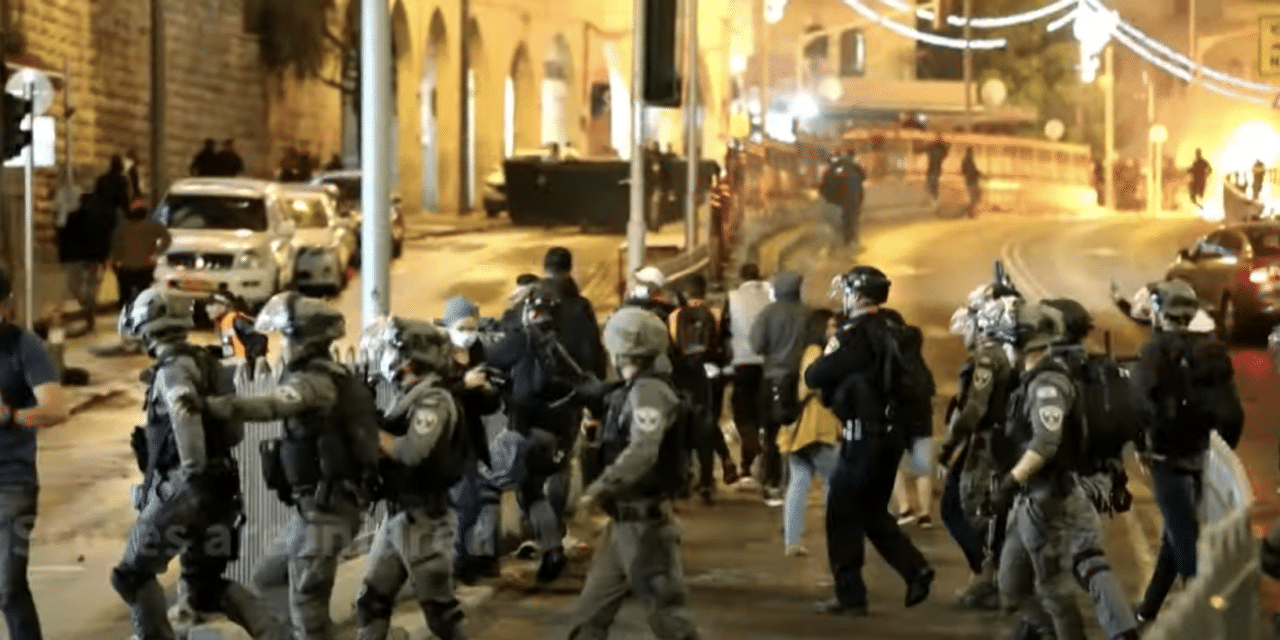 (ETH) – Israeli police are reporting that over 44 people were arrested and 20 officers wounded in what is being called a night of chaos in Jerusalem, according to a report from the Associated Press.

The report details that security forces clashed with Palestinians angry about Ramadan restrictions and Jewish extremists who also held an anti-Arab march nearby. This comes on the heels of ongoing tensions that have reached a boiling point in recent days in Jerusalem.

Residents are reportedly bracing for possible further unrest as police have stepped up security and the U.S. Embassy appealed for calm.  According to Reuters, police in riot gear and on horseback were seen trying to keep apart two groups of protesters – Palestinian youth hurling firecrackers and setting fire to garbage bins, and ultra-nationalist Israelis chanting anti-Arab slogans.

As a result of this, police had to deploy armored vehicles spraying foul-smelling skunk water towards the two groups – Palestinians gathered around Jerusalem’s historic Damascus Gate and hundreds of right-wing Israelis several hundred meters away.

The AP stated: “Addressing the protesters, senior Hamas leader Mahmoud Zahar reportedly condemned the decision of some Arab states to normalize relations with Israel last year and lashed out at the Palestinian Authority in the occupied West Bank for continuing its security coordination with Israel.

“After a long series of protests and demonstrations, we have reached the conclusion that without weapons, we cannot liberate our land, protect our holy sites, bringing back our people to their land or maintain our dignity,” he said.

In a statement that was made in English, Hebrew, and Arabic, the U.S. Embassy stated that it was “deeply concerned” about the violence. “We hope all responsible voices will promote an end to incitement, a return to calm, and respect for the safety and dignity of everyone in Jerusalem,” it said.