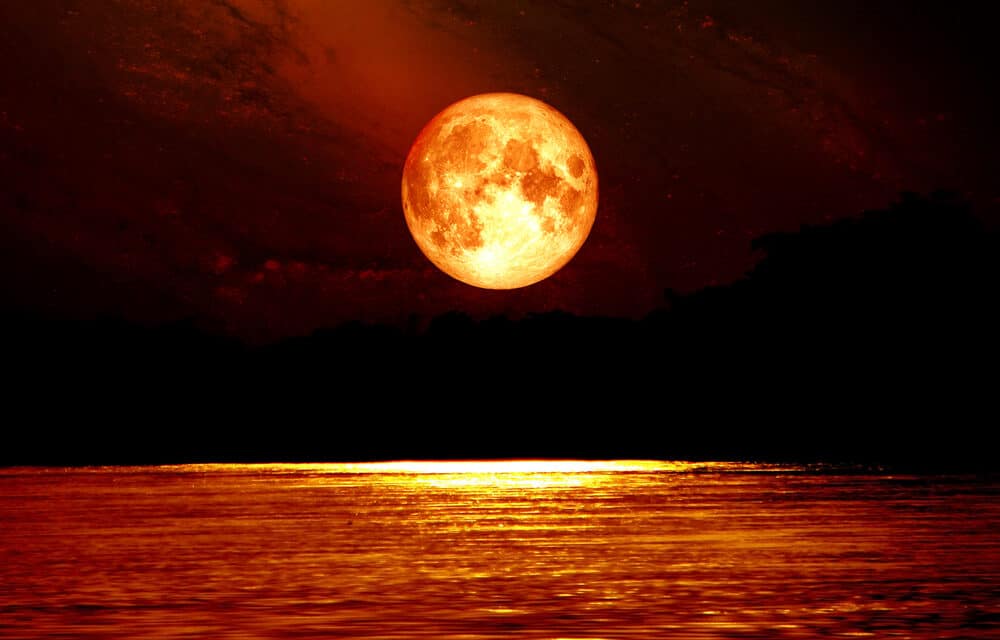 (OPINION) ETH – America is about to see a blood moon eclipse that is set to pass over the continental US and one rabbi claims that it is a warning to the US concerning re-establishing relations with the Palestinian Authority.

The celestial event will take place on May 26th, which will be the first total lunar eclipse of 2021 and the first since January 2019 eclipse and will appear over southeast Asia, until it will be visible in South America, Australia, and the western half of North America.

This coming eclipse in May will be what is deemed a“blood moon”, the result of atmospheric conditions that give the moon a reddish tint rather than black when it moves into the shadow. The red color comes from some of the sunlight passing through Earth’s atmosphere where it gets bent and colors like blue or green are filtered out, leaving behind longer wavelengths like the color red.

According to Israel 365 news, Rabbi Mordechai Genuth explains that lunar eclipses are considered a bad omen for Israel and that if during the course of the lunar eclipse the moon appears red, such as the coming eclipse will be, the Talmud states that this is an omen that great wars will come to the world.

So a lunar eclipse is closely connected to the Muslims and, in this case, is a warning for the Arabs.” He goes further to note that the lunar eclipse will take place one week after the Festival of Weeks and two weeks after the end of the month-long Muslim fast of Ramadan. “The eclipse will pass over the United States,” Rabbi Genuth said. “The new President is connecting his fate with that of the Arabs, choosing them over Israel.

“Before the great and terrible day of Hashem comes, I will set portents in the sky and on earth: Blood and fire and pillars of smoke; The sun shall turn into darkness And the moon into blood. But everyone who invokes the name of Hashem shall escape; for there shall be a remnant on Mount Tzion and in Yerushalayim, as Hashem promised. Anyone who invokes Hashem will be among the survivors”. Joel 3:3-5 “We are indeed close to the end of days so these astronomical signs are taking on increased importance,” Rabbi Genuth said.