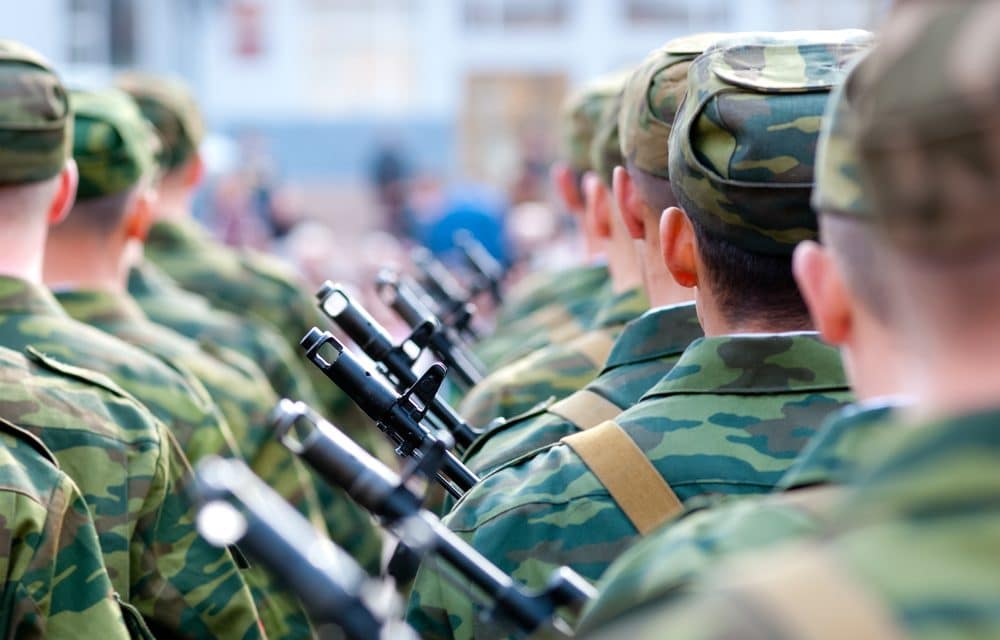 (ETH) – A new report is indicating that Putin has now prepared to dispatch his robot army to be deployed at Ukraine’s border with 85,000 troops “ready for conflict” as tensions continue to grow between Russia and Ukraine.

The report reveals that new unmanned firepower was inspected by Defence Minister Sergei Shoigu this week, at the 766th Production and Technological Enterprise in Nakhabino near Moscow. “The first unit with strike robots will be set up in the Russian Armed Forces to operate five Uran-9 robotic systems or 20 combat vehicles,” announced the defense ministry.

Troops would undergo training “to operate Uran-9 robotic vehicles in special military units”, it was announced. The tank was recently seen in action via video that was released. The tank is fully armed with a 30mm automatic gun, Ataka anti-tank missiles, and Shmel flamethrowers.

It appears that Russia and Putin are fully preparing for war. Armoured vehicles were also reported moving through the mud and into position near the flashpoint border.  According to the Sun, Kiev estimates there are now approximately  85,000 Russian troops between six and 25 miles from its frontier and in Crimea. Kiev also warned today that Putin may soon spark a war in the pro-Moscow rebel-held east of the country.

Defence minister Andrii Taran has recently accused Russia of provoking a crisis, and that Putin would ultimately determine whether blood would be spilled. “It should be noted that the intensification of the armed aggression of the Russian Federation against Ukraine is possible only if an appropriate political decision is made at the highest level in the Kremlin,” he said.

Others fear Russia is on the verge of a full-scale military invasion, and believe the Ukrainian authorities – led by President Volodymyr Zelensky – are already preparing for the worst. “What is quite clear for me is that Zelensky and the people around him are seriously concerned about a possible invasion,” said Alyona Getmanchuk, director of the New Europe Centre think tank in Kyiv.