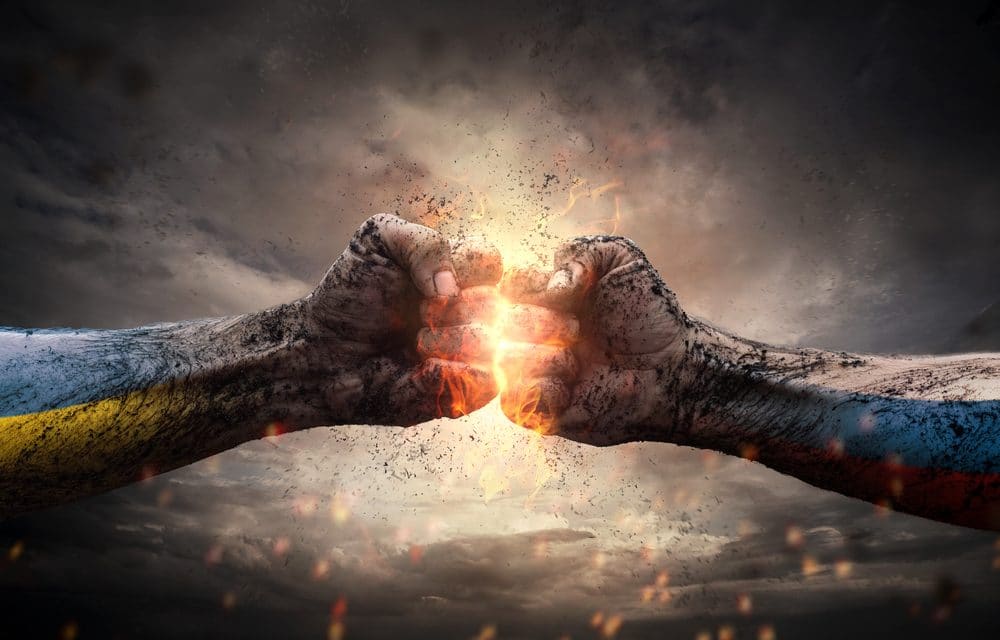 (OPINION) ETH – As tensions continue to escalate between Russia and Ukraine leading many to fear the beginning of World War 3, a prominent rabbi has come out claiming that the conflict is a sign that the coming of the Messiah is near.

According to a report from the Daily Star, the two nations have been in the ongoing conflict for over seven years, and since Russia annexed Crimea in the wake of the Ukrainian revolution. However, on March 24th, Ukrainian President Volodymyr Zelensky reportedly signed a decree that many essentially claim is declaring war with Russia, calling for the “de-occupation and reintegration of the temporarily occupied territory of the Autonomous Republic of Crimea and the city of Sevastopol”.

Following this incident, significant military buildup on both sides has been taking place, with Ukrainian tanks being spotted in both Luhansk and the Donetsk region. The report details that NATO has also been shadowing an unusually large number of Russian military aircraft flying over the North Atlantic, North Sea, Black Sea, and Baltic Sea.

The report also revealed that US President Joe Biden recently made a phone call to President Zelensky and pledged to stand by Ukraine in the face of Russian “aggression”, while the US European Command raised its alert status to the highest level. Meanwhile, The ongoing escalations of these two Nations have prompted some scholars to believe that it is bringing about the fulfillment of an apocalyptic prophecy made in the 1700s.

One of these scholars named Rabbi Elijah of Vilna, also known as the Vilna Gaon, was an 18th-century Jewish academic who made many significant contributions to understanding the Messianic process. The report claims that the Vilna Gaon handed down a prophecy to his son that said:

“When you hear that the Russians have captured the city of Crimea, you should know that the times of the Messiah have started, that his steps are being heard. “And when you hear that the Russians have reached the city of Constantinople [Istanbul], you should put on your Shabbat clothes and don’t take them off, because it means that the Messiah is about to come any minute.”

This particular prophecy was reportedly brought to light a few years ago by the Vilna Gaon’s great-grandson. It is interesting to note that while Christians believe Jesus Christ was the Messiah and will return to Earth in the Second Coming, most Jews believe that the Messiah has yet to visit us and they are awaiting his First Coming.

So once again, just who is this Messiah that many are expecting? Will it be the true Messiah or will it be the coming Anti-Christ that will come on the scene in the future in the name of peace, but will invade Jerusalem and set up his headquarters and declare himself as “god”. Time will tell.