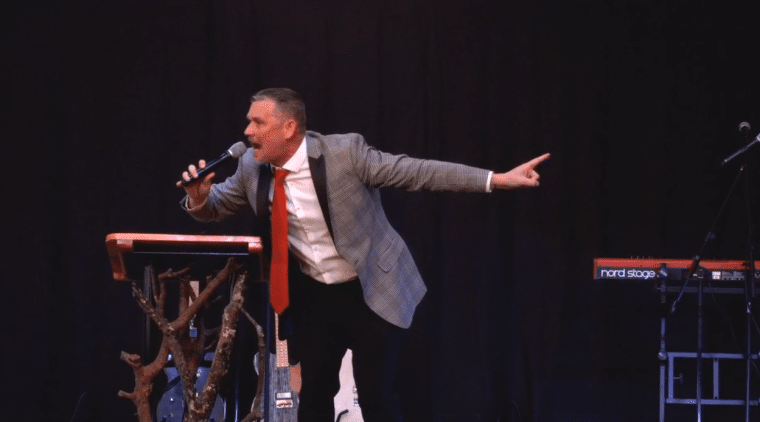 (OPINION) ETH – A popular pastor from Tennessee has stirred some controversy after telling some members of his congregation to “take off their stupid masks” during a service this past Sunday during Easter.

The move came despite federal guidance urging the wearing of masks to control the spread of COVID-19. Locke, who leads the Global Vision Bible Church in Tennessee, reportedly mocked some of his congregants for following that advice “like sheep”.  “Unless you’re under a doctor’s orders — and a few of you are — take them stupid masks off when you come to Global Vision! There, I said it on Easter.

Take them stupid masks off,” Locke declared during his Holy Week sermon. “Call me crazy? You come, pull up in the parking lot wearing two masks in a car by yourself. Call me crazy? That’s crack-smoking crazy is what that is.“ Locke, made the statement after reportedly referencing Isaiah 53:6, which says:

“All we like sheep have gone astray; we have turned every one to his own way;  and the Lord hath laid on him the iniquity of us all.” “It’s interesting God calls us that [sheep]. Not much has changed, has it? You remember this time last year? This time last year, they were like, ‘Oh my goodness! You cannot have resurrection service; you will kill everybody.

You are gonna kill everybody within 250 miles.’ We ain’t killed nobody yet, by the way,” the pastor said. “And so the media started infusing us with fear tactics. You see, they know this verse, apparently. They know that people that are ignorant of Scripture willfully will obey any ridiculous mandate that the media gives them because it makes them feel better about themselves.”

Locke then praised Churches like this that stayed open for Easter stating:  “Since we’re a year in, I just want to verifiably say, thanks be to God for other churches that opened, that reopened, and thank God for churches that decided that they weren’t gon’ close at all. They saw through it. We’ve never closed yet.

We’ve never closed one single time during all this COVID debacle,” He goes on to say that it would have taken the entire US military to shut down his Church.  “They will roll up in tanks. They will drop down from helicopters. And I promise you, it won’t be a dozen police out there from Wilson County and from Mt. Juliet,” he declared.

That’s all I want,” he said. “That’s it! I’d give up CNN. I’d give up NewsMax. I’d give up Fox. I’d give up all. Man, me and Whoopi got some stuff to talk about on TV. Just one time can one of us preachers say ‘Jesus Christ is the only way to the Father.'”