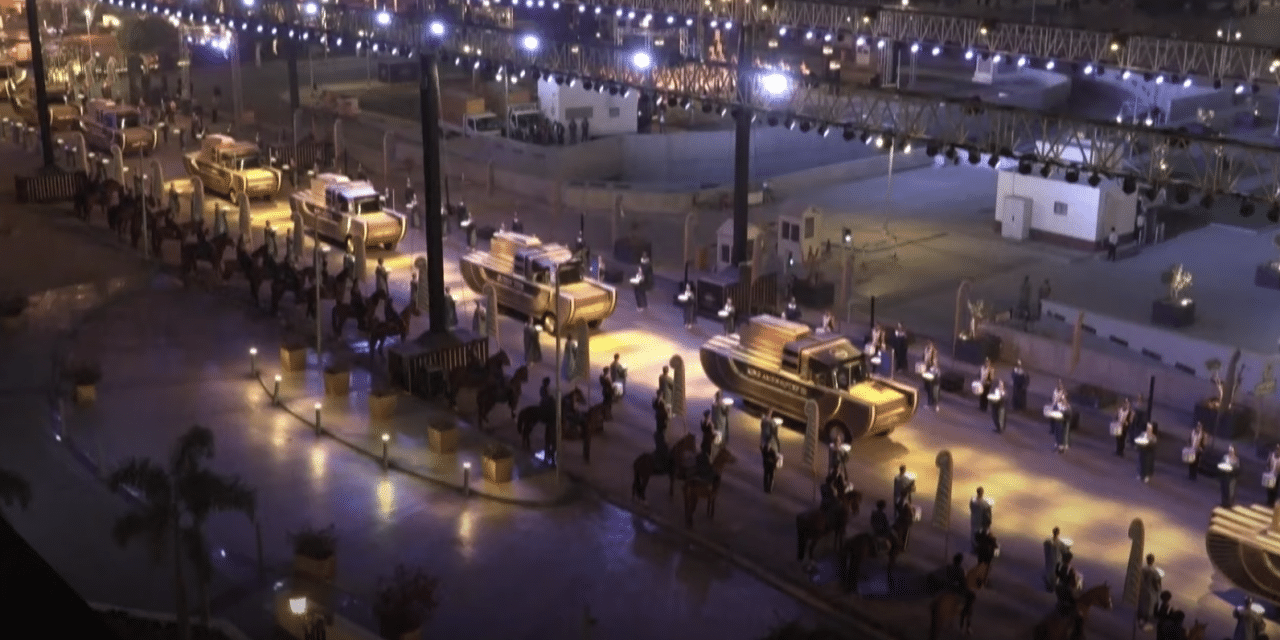 (OPINION) ETH – Is it a coincidence that while Jews were partaking in the commemorating of the splitting of the Red Sea, that a group of dead Pharaohs was paraded down the main street of Cairo in Egypt, echoing what many say are Biblical events from nearly 3,000 years ago?

The vent has already caused many locals in Egypt to be in great fear that the “Curse of the Pharaohs” will be unleashed as 3000-year-old mummies of 18 kings and four queens are being paraded and moved during the “golden parade” where the mummies will be transferred to a new museum in Cairo where they will be showcased triggering fear among locals that a curse will be released upon the country.

It is speculated that some among these are actually those in leadership during the account of Exodus where Pharoah and his army pursued the children of Israel until they were destroyed by the supernatural hand of God through the splitting of the Red Sea resulting in the watery grave of those in pursuit.

According to Israel 365 News, there is much debate over the identity of the Egyptian king who oversaw the Exodus of the Jews and said to be killed in the splitting of the Red Sea, and many scholars believe it was Ramses II, one of the deceased participants in Saturday’s parade.

Though the Bible does not give a name, one of the more interesting theories is Thutmose II, another participant, who according to Wikipedia “had a brief, prosperous reign and then a sudden collapse with no son to succeed him.”