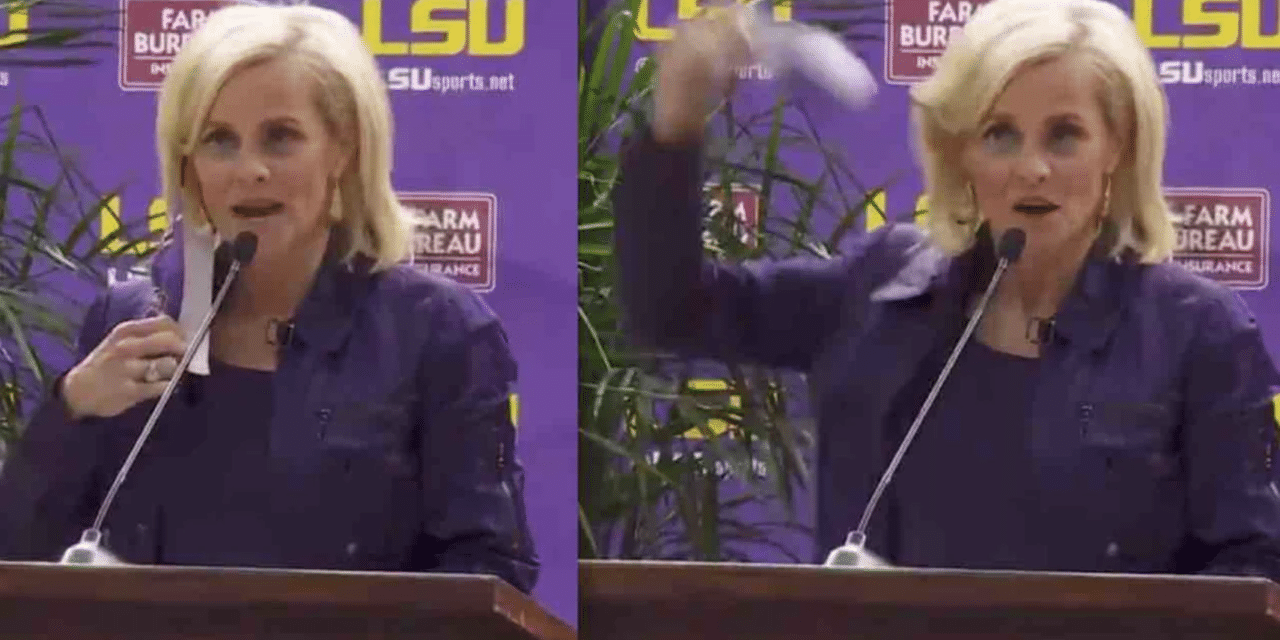 (OPINION) ETH – The very first thing the new women’s basketball coach for LSU, Kim Mulkey did as she stood before the microphone on Monday was pull off her face mask as she told the crowd, “Well, I’mma take this da** mask off!” she then tossed it to the side leaving the crowd cheering. According to TheBlaze, it caused an uproar on social media afterward: