Man Kicked Off Southwest Flight For Not Wearing Mask While Eating 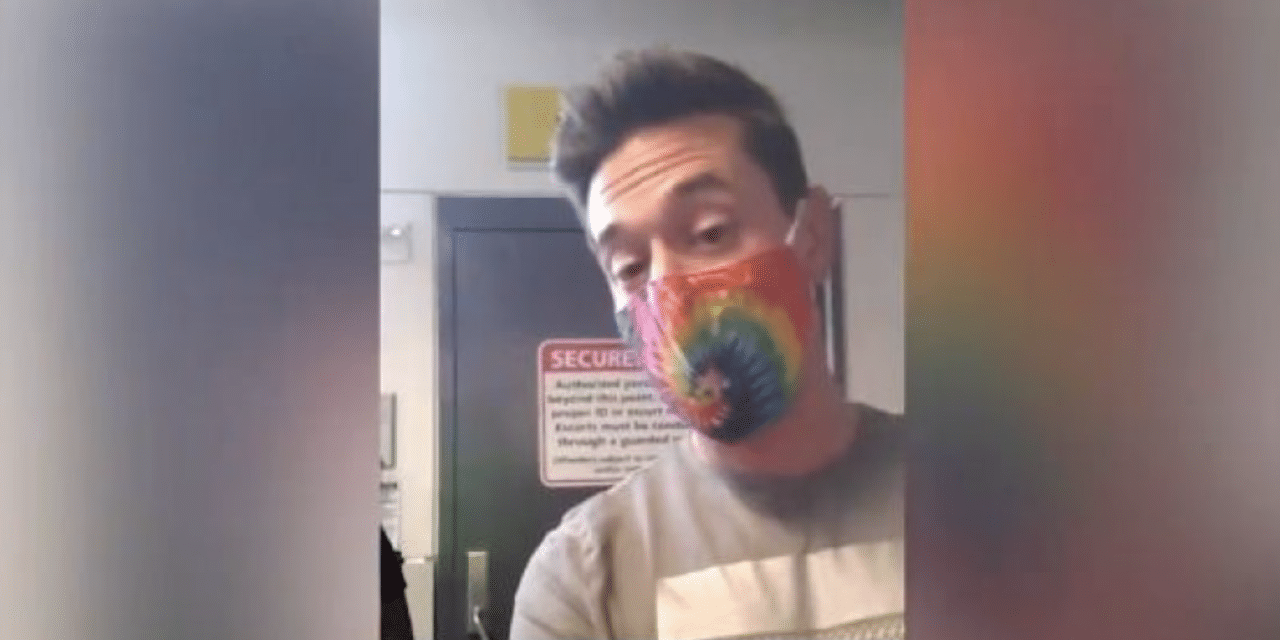 (ETH) – A Baltimore County resident is claiming that he was booted off a Southwest Airlines flight for not wearing a mask while eating Twizzlers. Avi Mandel said he was a frequent Southwest flyer until his flight on Sunday out of Thurgood Marshall Baltimore Washington International Airport.

According to CBS Baltimore, Mandel showed WJZ a selfie video he made during the flight, in which he said, “I, Avi Mandel, just got kicked off a plane because I wasn’t wearing my mask in between bites while I was eating.” “That’s so sad. That’s so wrong,” Mandel told WJZ. “It was absurd.

The way I was treated was absolutely absurd. It was crazy and it wasn’t fair.” According to Mandel, he was waiting for his flight to take off for Fort Lauderdale when he got hungry and opened a pack of Twizzlers. It was then that Mandel claims that a flight attendant told him that he had to put his mask on “and kind of, like, ran away.  And I’m like, ‘Oh, I guess she didn’t know I was eating.’ Then I hear on the loudspeaker, ‘Everyone who’s eating has to wear masks in between bites.’”

Mandel claims that he didn’t think much of it at the time. But the plane returned to the gate, and a security team came to escort him off the plane. Mandel states that he remained calm and respectful and other passengers stuck up for him. Mandel even showed a video of passenger Stephanie Misiaszek, who said, “That is so wrong.

He did nothing wrong, wow.” Mandel claims that he knew then that he had no choice but to leave the plane and described it as embarrassing. After he was booted from the plane he sent an email to Southwest, and discovered a new federal mask mandate went into effect requiring airline passengers to wear face masks at all times, including “in between bites.”

“If I knew this rule ahead of time, I would have happily listened, but I had no clue,” Mandel said. According to The Transportation Security Administration, airline passengers are permitted to remove their masks while eating, drinking, or taking medications but must immediately put them on between bites and sips and cannot leave them off for “prolonged periods.”