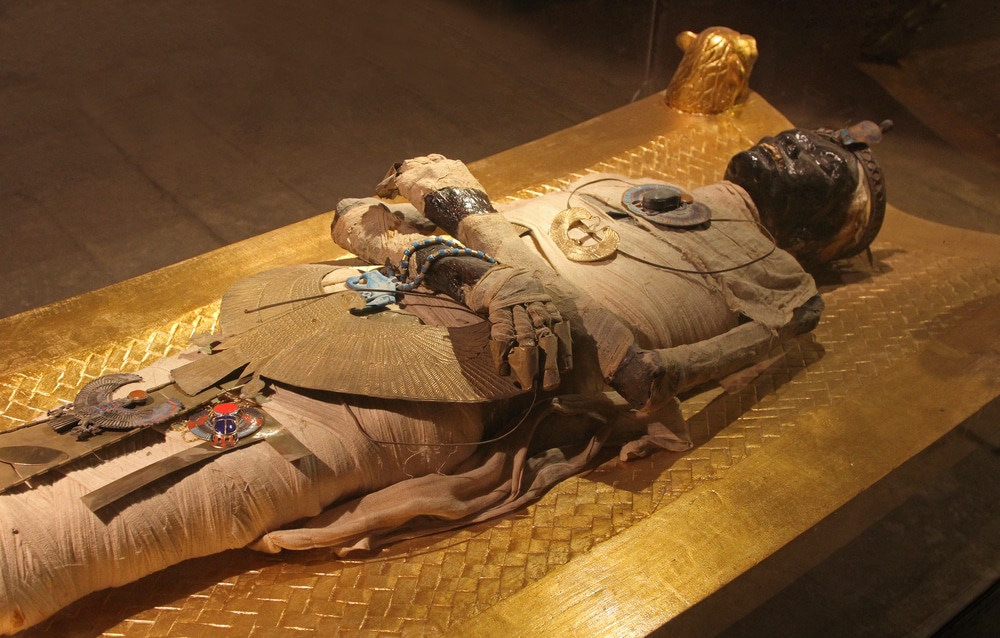 (OPINION) ETH – Locals in Egypt are in great fear that the “Curse of the Pharaohs” will be unleashed as 3000-year-old mummies of 18 kings and four queens are set to be moved this weekend.

According to the report, the event will take place at the “golden parade” where they plan to transfer the remains of ancient Pharaohs to a new museum in Cairo where they will be showcased triggering fear among locals that a curse will be released upon the country.

According to the Daily Star, “Fireworks, honorary gunfire, and fanfares will light the skies – but locals on social media have suggested moving the remains will, in fact, unleash a curse” The locals stress that there is a direct link between the planned parade today and recent disasters – including the blockage of the Suez Canal, a deadly train crash, and the collapse of a building in the city.

The report reveals that an ancient warning was even found on Tutankhamun’s tomb that has been quoted: “Death will come on quick wings for those who disturb the king’s peace.” King Ramses II, who reigned from 1279-1213 BC, is among the mummies to be moved, as well as his father Seti I (1290-1279 BC).

Queen Merit Amun, who was the older sister and wife of Amenhotep I (1526-1506 BC) is also planned to be transferred. The remains were said to be uncovered by archaeologists in the 1890s but later moved to the Egyptian Museum and now after more than 100 years later will be taken to a brand new gallery at the National Museum of Egyptian Civilisation in Fustat, based in Old Cairo.