Judge orders an end to distribution of Lil Nas X’s ‘Satan shoes’ at Nike’s request — Buyers may not receive $1,018 shoes they purchased 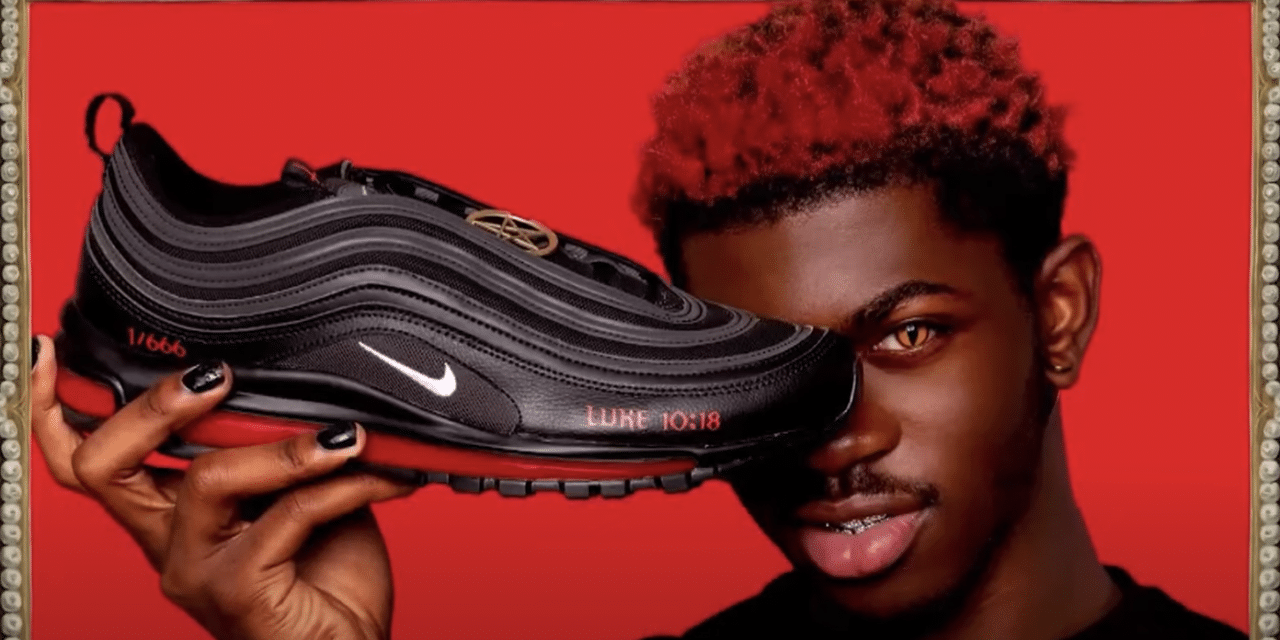 UPDATE: (ETH) – In a turn of events a judge has reportedly granted Nike’s request for a temporary restraining order against MSCHF, which is the company behind rapper Lil Nas X’s highly controversial “Satan Shoes.” that has raised a lot of controversy.

According to the report from TheBlaze, Lil Nas X, whose real name is Montero Lamar Hill, recently collaborated with Brooklyn-based art collective MSCHF on the shoes, which are a limited-edition design built on a pair of Nike Air Max 1997s. What made the shoe even more controversial and sparked outrage is the fact that the shoes’ air bubble is filled with 60cc of red ink as well as a drop of human blood, according to the rapper.

In addition to this, the shoes also feature a pentagram pendant, an embroidered “666,” and a Bible verse. The shoes reportedly retailed for $1,018 and within minutes, sold out. Since then, Nike quickly filed a lawsuit against MSCHF stating that it did not authorize the shoes or design.

According to TMZ a judge granted the company’s request for a temporary restraining order demanding that the company stop fulfilling any orders. “Due to the restraining order, MSCHF will not be allowed to ship [the shoes] to customers awaiting the shoe that the creative agency put their blood, sweat, and tears in,” the outlet reported.

“FYI … judges grant temporary restraining orders of this type when there’s a high probability that they will win when there’s a full-blown hearing.”  TheBlaze provided an excerpt of the company’s complaint that read: “Nike has not and does not approve or authorize MSCHF’s customized Satan Shoes.

Moreover, MSCHF and its unauthorized Satan Shoes are likely to cause confusion and dilution and create an erroneous association between MSCHF’s products and Nike.

In fact, there is already evidence of significant confusion and dilution occurring in the marketplace, including calls to boycott Nike in response to the launch of MSCHF’s Satan Shoes based on the mistaken belief that Nike has authorized or approved this product”.