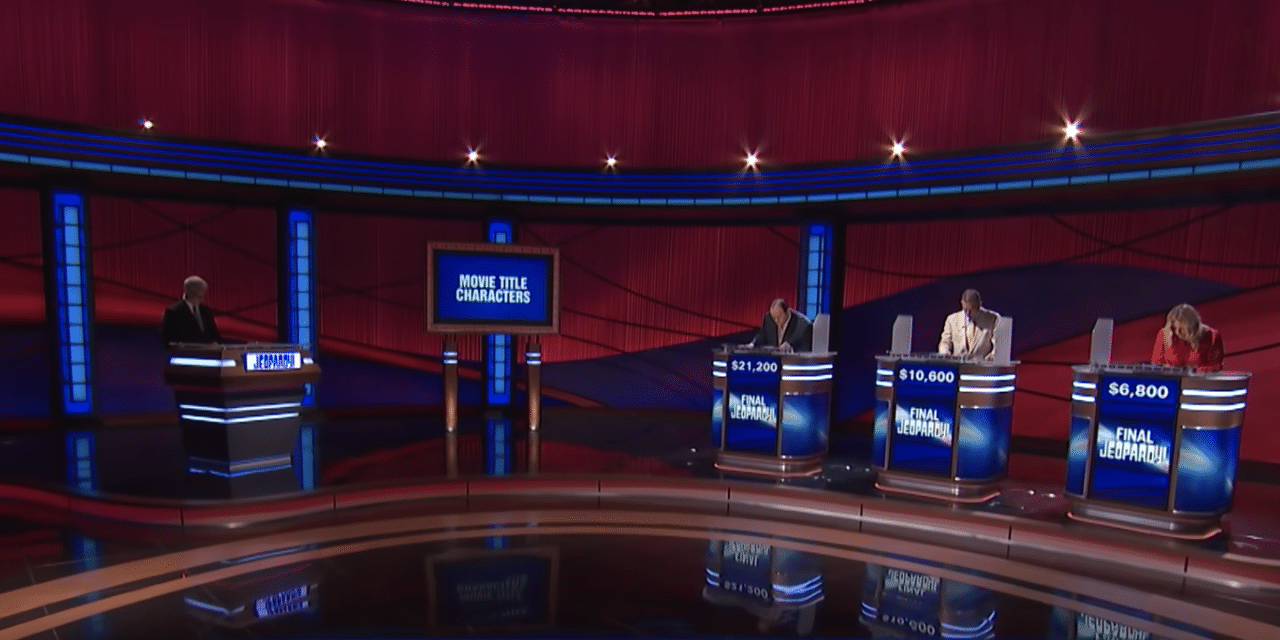 (OPINION) ETH – A recent “Jeopardy!” winner is under fire after being accused of making a racist hand gesture during a recent episode of the game show, However, the winner claims he was simply counting the number of times that he won.

According to TheBlaze,  there was an open letter that was published on Medium this week, where a group of more than 500 former contestants vehemently accused the three-time winner Kelly Donohue of what they say was flashing a white power symbol during Tuesday night’s show. “Tuesday, April 27, was a more widely felt misstep,” the group wrote after first criticizing Donahue for using the word “gypsy,” which they called a “slur.”

“During his on-camera introduction, Kelly made a gesture with his hand that he has since claimed was an indication that he had won three games. He had, on previous episodes, indicated with one finger and two fingers that he had won one and two games, and no reasonable person would have interpreted those gestures differently,” the former contestants explained.

“However, this gesture was not a clear-cut symbol for the number three,” they explained. “He held his thumb and forefinger together with his other three fingers extended and palm facing inward, and he tapped his chest. This, whether intentional or not, resembled very closely a gesture that has been coopted by white power groups, alt right groups, and an anti-government group that calls itself the Three Percenters.”

The outraged community is reportedly demanding that both Donohue and the show publicly apologize for the gesture and issue “a total disavowal of any connection to white supremacist doctrines.” Despite this outcry, Donohue continues to insist that he made the gesture only to signify that he had won the show three times.

He even went to Facebook with a statement that was posted on Thursday morning where he wrote that he was “truly horrified” with the baseless attacks launched against him. “During the taping of my fourth episode, I was simply raising three fingers to mark my 3rd win.

There was nothing more I was trying to indicate,” he said. “People who know me personally know that I am not a racist, but for the public at large it bears repeating: I am not a racist and I reject and condemn white supremacy and all forms of bigotry for the evil they are,” he added. Donohue went further to say that he was forced to remove his Facebook post “because the comments were more than [he] could bear.”

Since then he has explained that he was simply attempting to emulate past show winners who routinely displayed signature gestures when being introduced during each episode. “Competing on Jeopardy! was the thrill of a lifetime and being a returning champion is something I’ll never forget,” Donohoe wrote, according to Newsweek.

“Many of the great champions of old had a little signature hello they would do on-screen when being introduced by Johnny Gilbert. I decided to count my victories.” “That’s a 1. That’s a 2. That’s a 3. No more. No less,” he reportedly explained alongside images from past episodes. “There wasn’t a hidden agenda or any malice behind it.”