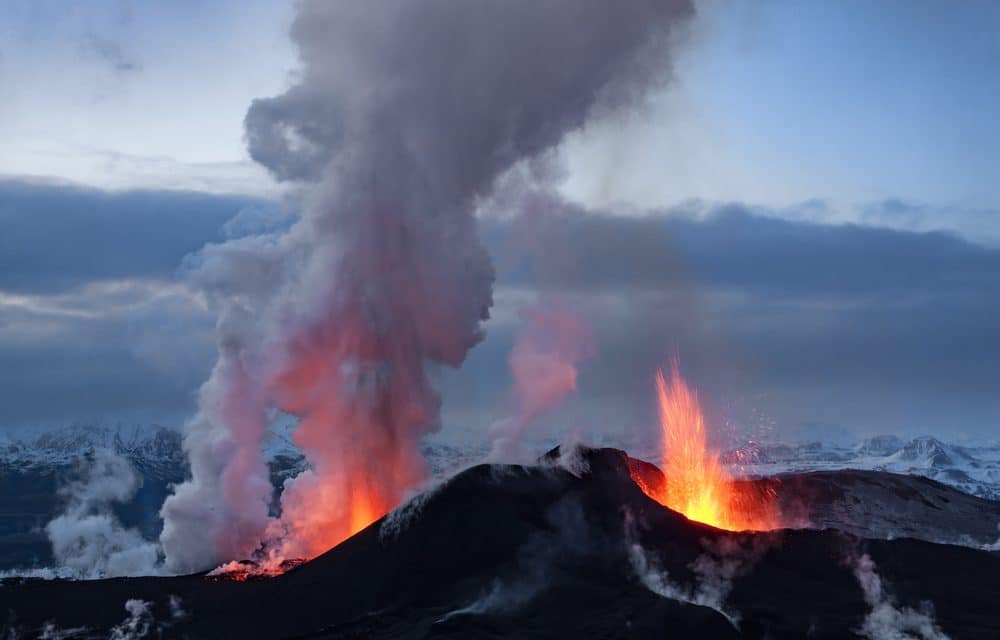 (ETH) – Iceland has experienced an ongoing three-week-old volcanic eruption near the capital Reykjavik, and now according to the latest reports, Lava is now flowing from a third fissure that has suddenly opened overnight.

The initial eruption began back on March 19th. The first fissure disgorged a steady stream of lava, that ended up flowing into the Geldingadalir valley of Mount Fagradalsfjall on Iceland’s southwestern tip.

According to France 24, the latest split to occur has come two days after two fissures already opened around 700 meters from the initial eruption, which ended up creating a long molten rivulet flowing into a neighboring valley. Then the third lava stream has opened just 40 kilometers (25 miles) from Reykjavik. The latest activity has prompted the closure of the site to the public.