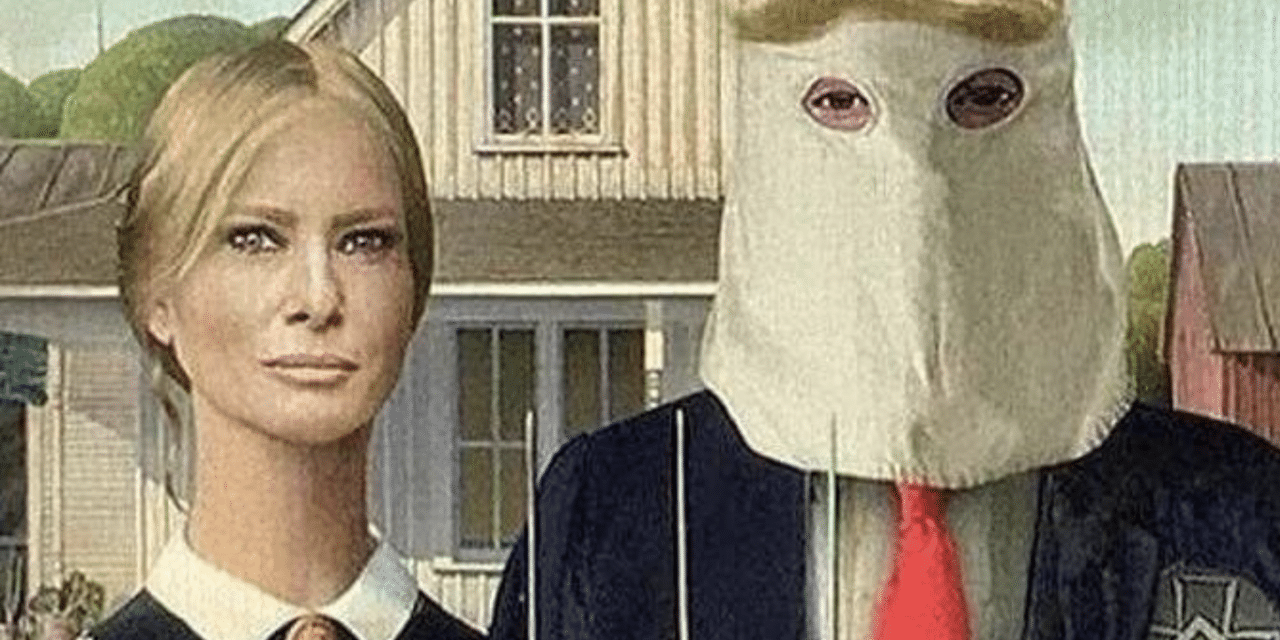 (OPINION) ETH – A California art teacher has just stirred much controversy among many Sonora parents after reportedly handing out an assignment to her students, depicting former President Donald Trump wearing a KKK hood on his head as and the former first lady Melania Trump exposing her cleavage.

The incident has been deemed offensive and inappropriate by many parents.  According to the report, the piece of “art” depicts Grant Wood’s classic, ‘American Gothic.’ that is replaced with former President Donald Trump, fitted with a KKK hood and former First Lady Melania Trump with exposed cleavage posing in a similar fashion.

One arent named Bridget Johnson says it was shown as an example in her daughter’s art class about two weeks ago. “The assignment was an art assignment to take an old picture, modify it to modern times,” said Johnson. “I don’t feel like, at this point, that political views in public schools should be talked about.

I feel that’s a private matter,” said Johnson. Johnson says that many other parents are feeling a similar frustration with the teacher’s example. “She’s allowing her personal opinion to dictate how she teaches our children, which we pay her salary,” said parent Oscar Martinez.

“I don’t care if it was Trump, which does upset me, or if it was a picture of the Obamas or the Bidens. I don’t believe that the politics belong in an art class,” said former Sonora High School parent Jim Schultz. According to ABC 13 News, The Sonora Union High School District is currently investigating the incident and can not comment further saying it’s a personnel matter. The artist behind the image has not been revealed.