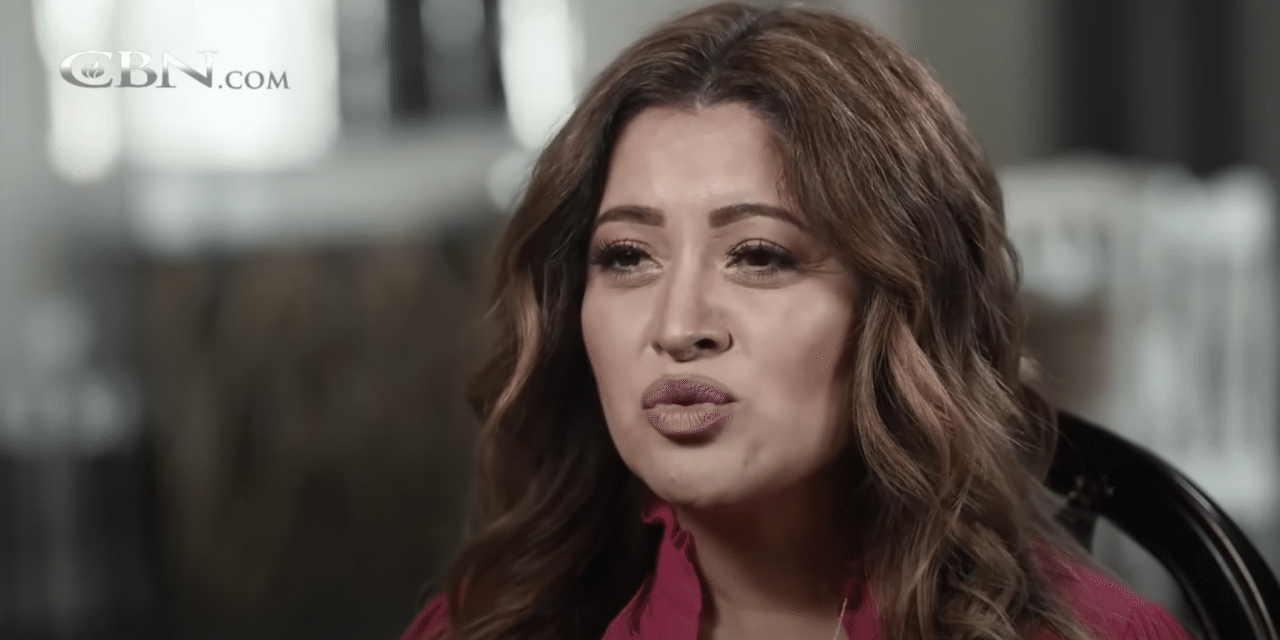 (OPINION) ETH – Simone Peer recently shared an incredible story of how she was delivered from being a white witch. According to the testimony shared with CBN News, Peer believed the form of witchcraft she was practicing was the ‘good side’ of the occult.

Peer stated: “I was a ‘white witch’, and this was ‘white witchcraft’ that was divine and heavenly,” Simone says. The report reveals how Simone grew up exposed to the occult from her mother, who consulted psychics, and spirits. She recalls, “Horoscopes, numerology, the Ouija Board, seeing ghosts, psychic phenomenon, was normal.”

Simone claims that the thing that ended up driving her into a complete stronghold of witchcraft was when the physical and verbal abuse came that she suffered from a close family member and also being molested by her neighbor when she was only five years old. Simone says that she kept all this to herself and never told anyone.

Simone shares, “I think I also took it on as ‘I just must be completely unlovable and worthless.'” Simone says that her feelings would ultimately lead her into a lifestyle of promiscuity as a teenager, as well as drug and alcohol use. She shared that thoughts of suicide would also torment her throughout high school and into college.

According to CBN, While she was on college break, she met a woman who taught her how to read tarot cards. For Simone, it was the beginning of finding answers and truth. “My attention would be drawn into different details of the card that would sort of open a door on that invisible side that would tell me those secrets,” she says. Simone claims that she immersed herself in new age philosophy and practices.

Then at age 20, Simone became a self-proclaimed white witch and convinced herself that the things she practiced were “good” for people, and especially, herself. Simone remembers, “I kept believing that if I pursued more and more and more light that I would find the answer to what was wrong with ME and somehow I would get fixed, and it would all just feel better.”

Simone told CBN that she would spend the next 30 years of her life seeking enlightenment and attaining the highest level of ‘white witchcraft’ – the high priestess and she did this through what was called “Santeria” and other forms of spirituality and the occult and even admitted to participating in animal sacrifices. Simone says, “It was the shedding of blood in which we were able to be cleansed, healed and gain power and rise through levels of initiation.”

Simone was also taught that she could become like Jesus – but those who taught these things only considered Christ to be a teacher who had attained the ultimate enlightenment — becoming a god through reincarnation and obtaining more ‘light.’ Simone shares, “Eventually when I keep coming back I would have that much light. And then when you became completely light, you became the light that came back and fed the other souls working their way up the reincarnation getting reborn ladder.”

Simone stated that “There were so many things about the spiritual path that I loved and that made me feel happy, however, my life was a contradiction. I also was in just the deepest, darkest pit. This is the beautiful deception.”

Then in 2017, as Simone was desperately seeking truth and peace, stumbled upon a video of famed, heavy metal musician Alice Cooper who was sharing his own powerful testimony of how Jesus Christ freed him from alcoholism and gave him a new life. Simone shares, “I realized that I was an ambassador for Satan.

I didn’t even know what it meant to have Jesus. I didn’t understand it at all, I just knew that my heart cracked open, I knew that He was there, and I knew I was a ‘Yes.’  When I went through that salvation prayer and there were points of repentance, what really stood out to me was the thinking that I was God, the thinking that my spells were not manipulations of other people and other things.

And I just said it out loud and raised my hand to God and I pleaded and repented and prayed over myself.” According to CBN, Within weeks, Simone had thrown away everything she had associated with the occult.  She also started attending church, where she went through the process of being delivered from demonic strongholds. Simone recalls, “I have no idea how many demons I was delivered from. I noticed in my heart and spirit I felt free.”