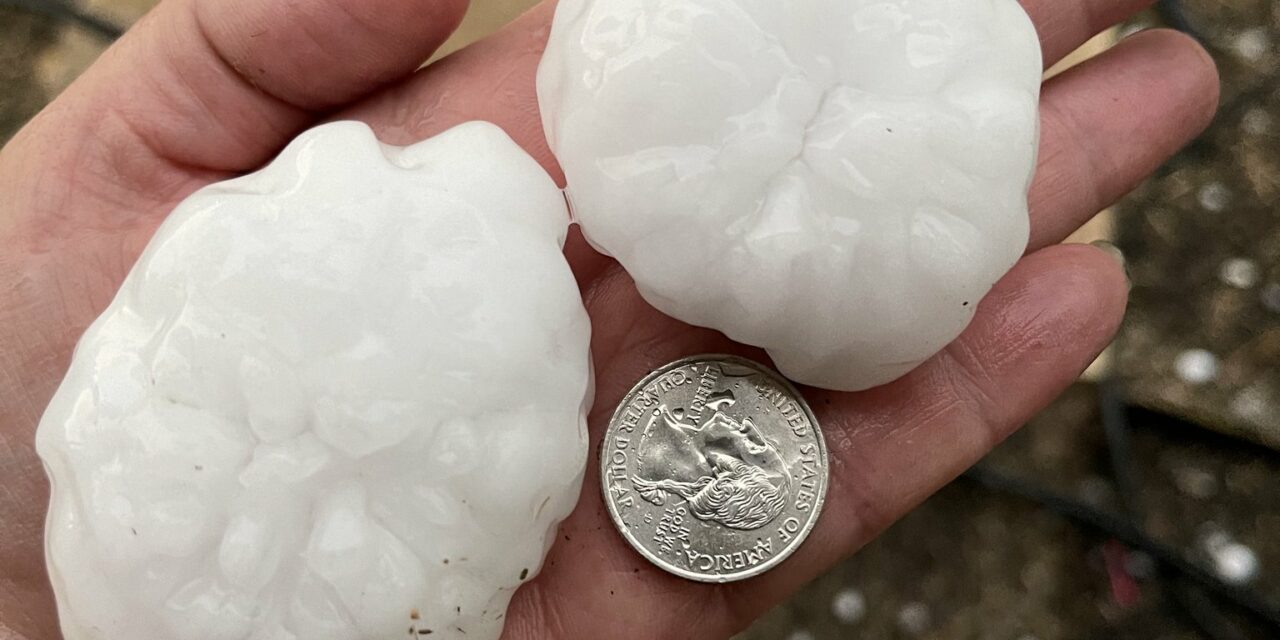 (ETH) – Giant hailstones the size of grapefruits reportedly pummeled parts of north-central Texas and left accumulations up to 76 cm (3 inches) on the ground.

According to the report, The storm that produced this giant hail caused extensive damage to properties, leaving many windows smashed and vehicles damaged in its path. Dozens of reports came in describing damage to property and smashed windshields and dented vehicles according to The National Weather Service.

HAIL IN LLANO COUNTY: Up to baseball-sized hail fell in parts of #Llano County this evening (Photo from Melissa Cunningham)

The term ‘gorilla hail’ was coined by storm chaser Reed Timmer, who met the storm west of Llano. Timmer shared footage of himself driving through the destructive storm with a broken windshield as he called it one of the ‘top 5 most intense hail cores’ he has encountered.