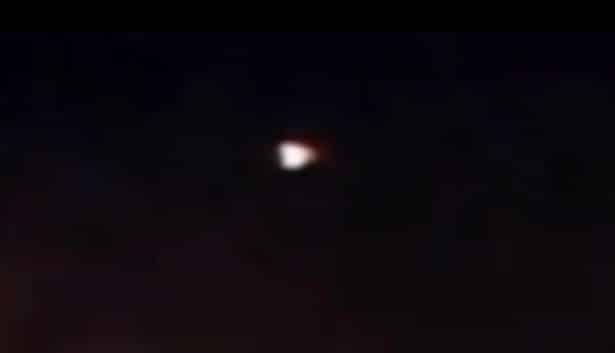 (OPINION) ETH – ISS cameras have recently captured a huge ‘400ft triangular UFO’ behind SpaceX craft. The sighting has sent conspiracy theorists into a frenzy after being convinced that a triangular UFO has been discovered hovering behind SpaceX’s Crew Dragon spacecraft as it docked at the International Space Station (ISS).

One such UFO enthusiast is known as “Mr. MBB333” on YouTube, reportedly shared the footage online and pointed out the “illuminating object” that appears to be traveling past the spacecraft. In the clip that he shared in early April, the ISS camera is aimed in the direction of where the Crew Dragon “Resilience” capsule is docking in space.

The Youtuber is heard saying in the video:  “You can see an obvious bright light moving in an opposite direction. “I zoom in on it, I slow it down. I don’t alter it any way other than trying to pull it forward for some possible features on this craft and it does look like a triangle craft.”

The mysterious object is seen scrambling past in the dark from right to left on the camera. When zooming in, the triangular craft appears to have what appears to be “circles on the corners”. It is believed by some that these are lights on the craft. “Here I zoom in, the craft goes behind the field of view and actually disappears right there, behind the Dragon,” he added.

“The light appears to be rotating in sequence but they all appeared to be illuminating at the same time.” Mr. MBB333 said the craft is “moving at a good speed”, adding: “If I had to guess based on what we see here, probably 200, 300, or 400 feet wide.

“It’s difficult to say from this perspective, especially up here in the darkness of space but pretty good size of a craft or whatever it was.” Viewers have been left conflicted about what the “triangular UFO” could be, One stated:

“That triangle craft or whatever it was had to be huge!” Another said the sighting was “exceptional”. “The video from the ISS was exceptional,” a second wrote. “One could see the circles rotating.” A third, however, suggested: “Anyone else see a possible exhaust coming out that triangular craft passing by the ISS?”