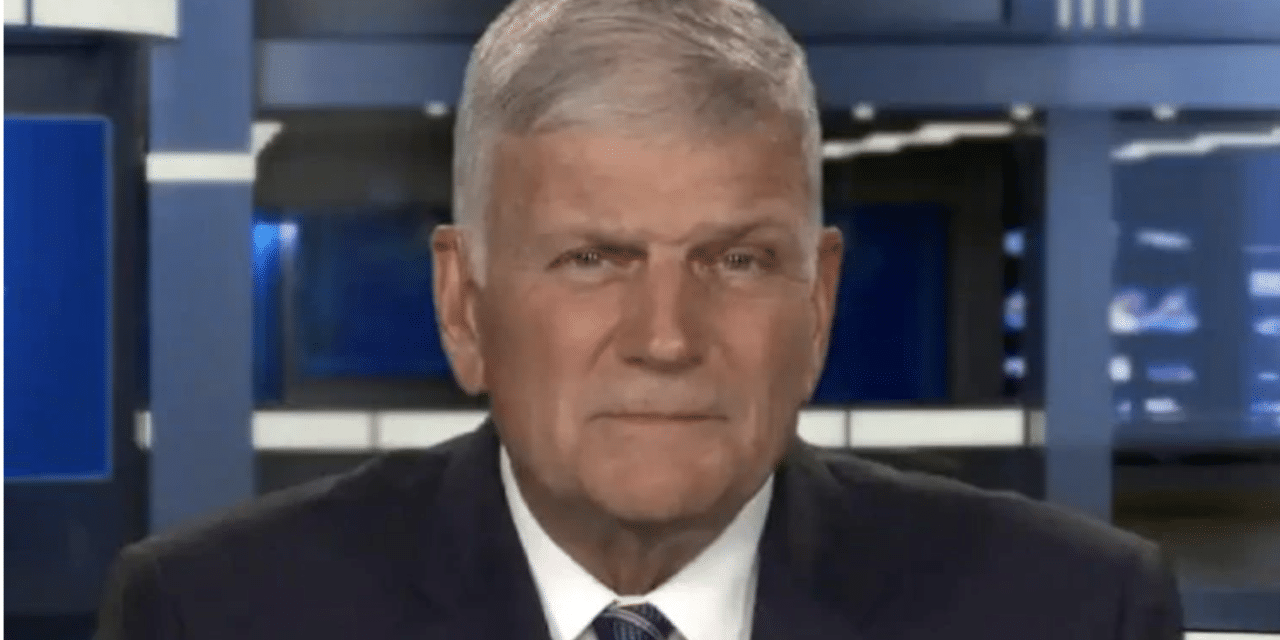 (OPINION) ETH – Evangelist Franklin Graham was recently a guest on the Todd Stranes Radio Show and gave a strong warning to the Church.  In the segment, he stated that Christians need to seek God’s intervention in America!  On the program, Starnes asked Graham how the divided nation can unite again, and Graham stated it would have to be prayer.

“What’s happened politically in our country is a disgrace, what took place in the last election. It’s wrong but it’s happened. But I just believe that the only hope for our nation is God,” Graham said. “Christians need to get on their knees and pray that God would intervene and somehow save this nation or give us more time because I believe,” he said.

“God’s judgment is coming.” Graham denounced Democratic legislators’ latest push to pack the Supreme Court with four more justices as “very dangerous,” regardless of party. “We just need to pray that God will intervene and stop them from doing this,” he said. “It just seems like the whole country is upside down right now,” Graham said.

“We just need to pray that not only will God bring his voice…but that people would listen to him and seek His face and call on Him because our country is in great trouble.” Graham has also questioned if the world will ever go back to the way it was before the coronavirus pandemic, noting that bureaucrats have seized control and don’t seem to want to give it up easily.

“We see the whole world, nation after nation, shut down, and it’s just frightening when you see what’s taking place, but at the same time, I’ve read the last pages of history,” Graham said. “I know what God is going to do and His Son is coming back and he’s going to establish his kingdom here on this earth.”

He went on to explain that the mission work continues, especially in these dark times. “We’re finishing up these tornados that hit Alabama, Mississippi. We’re just kind of finishing our work up there. The flooding in Nashville, we’re working on some houses,” Graham said. “We’re busy but at the same time, whatever storms come, whatever may happen, Samaritan’s Purse will always respond and we’ll do it in Jesus’ name!”