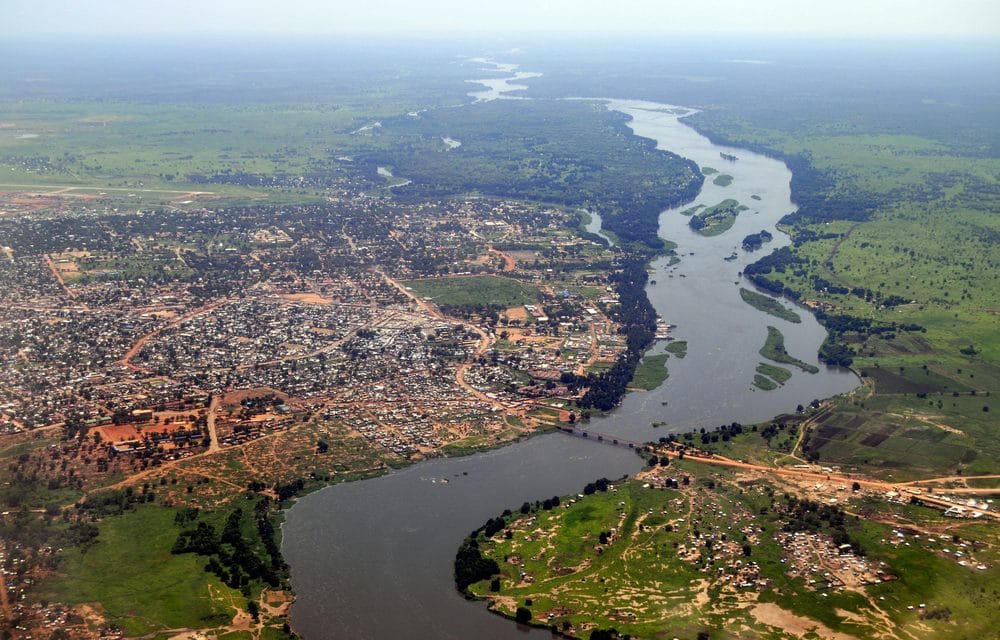 (OPINION) ETH – War drums are now pounding in the Mideast regarding failed negotiations in the Congo over an Ethiopian dam in the Nile river leading to new threats from Egypt of war.

According to reports, The negotiations reportedly broke down sometime last week after Ethiopia rejected a Sudanese proposal to include international mediators in continual talks leading to threats of war. In details of the incident, Egyptian President Abdel Fattah al-Sisi recently implied in a speech that Egypt could respond with war to Ethiopia filling the dam on the Nile River.

“We have witnessed the costs of any confrontation,” Sisi said at the opening of a new government complex. “I am telling our brothers in Ethiopia, let’s not reach the point where you touch a drop of Egypt’s water because all options are open.” Ethiopia also responded that his country would continue filling the dam but that war was not an option.

“As construction progresses, filling takes place,” Bekele said. “We don’t deviate from that at all.” The report reveals that Egypt fears a temporary reduction of water would be available due to the filling of the dam and a permanent reduction because of evaporation from the reservoir which could result in the reduction of the Nile flow by as much as 25%.

“There is no need to enter an unnecessary war,” Ethiopia’s water minister Seleshi Bekele told reporters on Wednesday. “A war can’t start because of water. Water flows if you fight today, it’ll continue to flow tomorrow.” Sudan’s Minister of Irrigation and Water Resources Yasser Abbas also suggested that a harsh response to Ethiopia as on the table.

“For Sudan, all options are possible, including returning [the matter] to the United Nations Security Council and hardening policy … (if) Ethiopia embarks on a second filling (of the dam) without an agreement,” Abbas told reporters last week. “We are not utilizing water generated from Egypt or Sudan as water doesn’t flow upstream to Ethiopia,” Bekele explained.

“We are utilizing water from Ethiopia for our dire need following equitable and reasonable utilization without causing significant harm to our neighbors.”

According to Israel 365 News, Rabbi Yosef Berger, who is the rabbi of King David’s Tomb on Mount Zion, recently noted that the Nile River can be the source of blessings as well as the source of curses from God. “When Jacob went to Egypt, he settled in Goshen because of the blessings the Nile bestowed upon the Hebrews,” Rabbi Berger told Israel365 News.

“But when it came time for the exile to end, the Nile became the source of several of the plagues. As long as the Egyptians were kind to the Jews, the river remained a source of blessing.” This blessing, according to Rabbi Berger, is, like any blessing, dependent on the relationship between the countries and Israel.

The rabbi cites Genesis 12:3 that states: “I will bless those who bless you And curse him that curses you, And all the families of the earth Shall bless themselves by you.”  “This was especially true of Egypt and the Nile,” Rabbi Berger said. “The Egyptians saw the Nile as the source of their power, which is why they used it to kill the Jewish babies.

So God used the Nile to punish them to show that even the Nile serves Him.” The Rabbi also went on to state that the Nile River would play a big role in the final redemption according to ancient prophets. And the Nile papyrus by the Nile-side And everything sown by the Nile Shall wither, blow away, and vanish. Isaiah 19:7

“These three countries are correct to fight over the Nile,” Rabbi Berger said. “It will be the method their role in the end of days will be expressed. But what they don’t understand is that if they want the blessings of the Nile, they must bless Israel.”