DEVELOPING: Violence breaks out in Minneapolis after officer-involved shooting 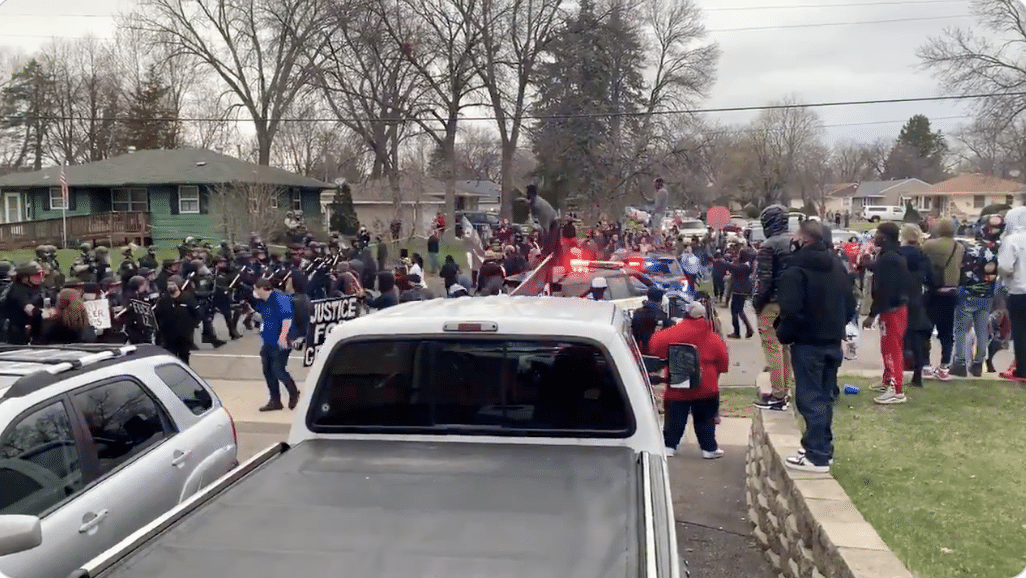 (ETH) – Violence has erupted once again in Minneapolis after an officer-involved shooting has reportedly occurred in the Brooklyn Center area.

According to the report, a Brooklyn Center police officer has fatally shot a driver during a routine traffic stop on Sunday afternoon. The report revealed that officers had pulled a car over for a traffic violation just before 2 p.m. near 63rd Avenue North and Orchard Avenue in the Brooklyn Center.

The report went on to state that the driver attempted to get back in his vehicle while the officers were trying to make an arrest. It was then the officer allegedly shot the driver, while the car kept driving for several blocks before crashing into another vehicle. Paramedics were reportedly dispatched to the scene to try to save the victim but were unsuccessful.

The driver who was fatally shot has yet to be identified. The incident has caused many to begin gathering near the site to protest, holding Black Lives Matter signs, playing music, and chanting at police.

The report has also revealed that more officers were dispatched to the scene wearing tactical gear and seen lining up across from protesters on the other side of the crime scene tape. The situation seems to be deteriorating as demonstrators have begun jumping on top of the police car at the scene and throwing concrete blocks at officers.