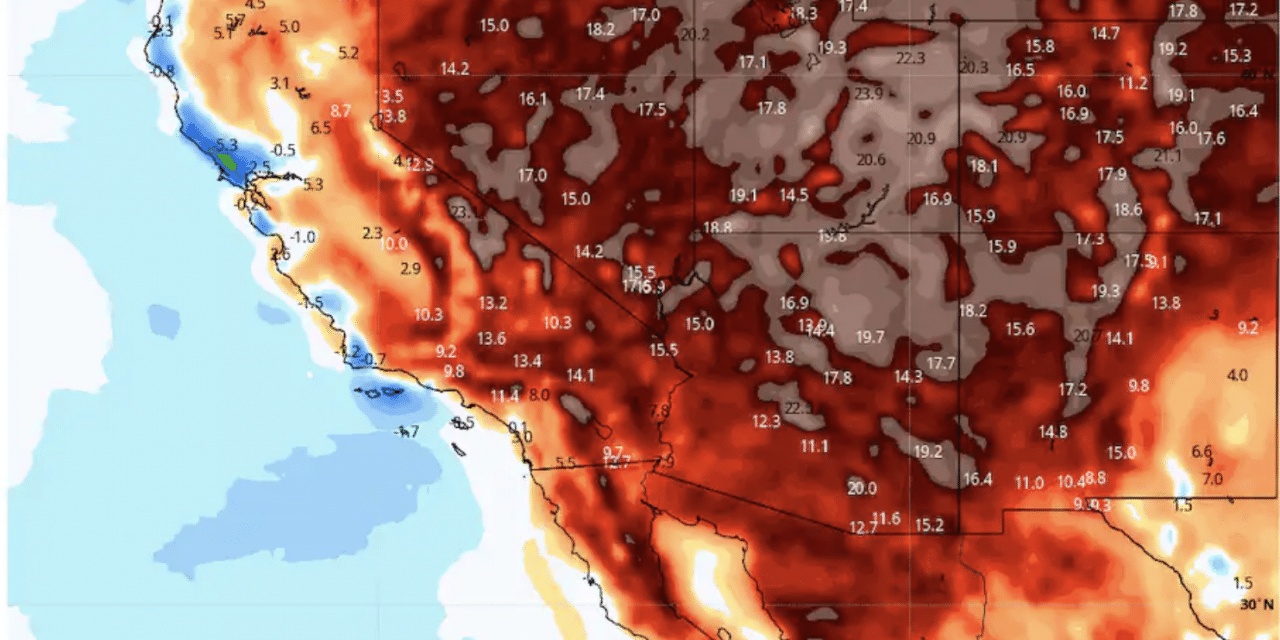 (ETH) – It’s only April, and we are about to what is being called a “Record-Breaking” heatwave set to engulf the Southwest that will be bringing triple-digit heat.

In fact, Phoenix alone could see 100 degrees this weekend. According to the Washington Post, a record-breaking air mass is bringing dangerous heat and fire weather concerns to the entire region. This comes as we currently experiencing unusually cold weather that is dominating the eastern United States yesterday and today.

The report reveals that the National Weather Service is also warning those in the crosshairs of this heatwave of “critical fire weather conditions,” as exceptional early-season heat combining with single-digit humidity will transform the already-parched landscape into a tinder box.

Unfortunately this is all coming in the midst of most of the Southwest already being in the midst of an “exceptional” drought, and being in the highest tier on a six-step scale and the report indicates that all signs are pointing to the drought continuing to worsen over time with an anomalously hot and dry summer expected.