Could America Soon Be Involved In Wars In Taiwan, Ukraine And The Middle East Simultaneously? 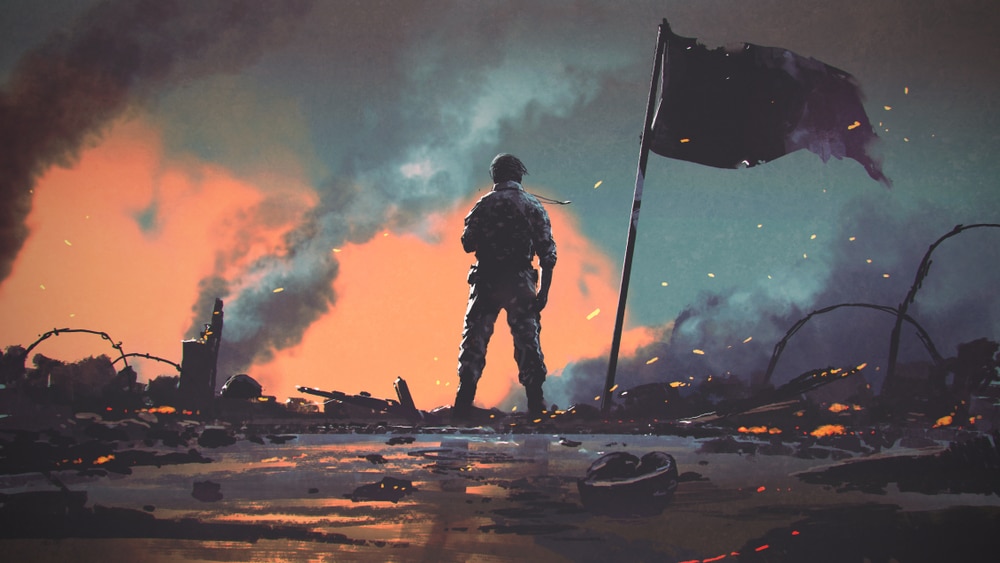 (OPINION) MS – Warmongers are now firmly in control in Washington, and they are pushing us toward war a little bit more each day.  A military conflict with Russia, China, or Iran would be a nightmare scenario, but there is also a possibility that we could end up fighting all three of them simultaneously.

Such an outcome would have been unthinkable under the Trump administration, but times have changed.  Biden administration officials have been boldly declaring that “America is back”, and they have been trying to aggressively exert U.S. influence all over the globe.

Unfortunately, the rest of the world is not as intimidated by the U.S. military as it once was. Tensions with China have been rising for quite some time, and Taiwan has become the central point of contention. Taiwan continues to edge closer to declaring formal independence, and the Chinese insist that is a red line that must never, ever be crossed.

In recent weeks, the Chinese have been attempting to send a message by repeatedly sending military aircraft into Taiwan’s airspace, and on Monday we witnessed the most alarming incursion yet… China’s People Liberation Army flew 25 warplanes into Taiwan’s air defense identification zone (ADIZ) on Monday, its largest incursion yet as tension in the Taiwan Strait continues to escalate.

According to Taiwan’s defense ministry, the PLA warplanes – 14 Jian-16 fighter jets, four Jian-10s, four H-6K bombers, two Y-8 anti-submarine warfare planes, and one KJ-500 airborne early warning and control aircraft – entered the island’s southwest zone on Monday. China has been conducting extremely detailed military exercises which simulate an invasion of Taiwan, and the military plans for such an invasion are already drawn up.

Everything is ready to go for when the order is finally given. The only thing stopping the Chinese is the U.S. military, and on Sunday Secretary of State Antony Blinken once again confirmed that the U.S. will stand behind Taiwan… “What we’ve seen, and what is of real concern to us, is increasingly aggressive actions by the government in Beijing directed at Taiwan, raising tensions in the Straits.

And all I can tell you is it would be a serious mistake for anyone to try to change the existing status quo by force,” Blinken said Sunday during an interview with NBC News’ Meet the Press. China understands that an invasion of Taiwan would mean war with the United States, and so the Chinese will probably hold off for the moment.

They will be waiting for an opportunity, and that could come when we are tied up with a major military conflict on the other side of the globe. Speaking of which, the Israeli cyberattack on the Natanz nuclear facility is yet another sign that the “shadow war” between Israel and Iran is getting dangerously close to a shooting war. Israel has not formally taken responsibility for the attack, but even the Israeli media is acknowledging what everybody else already knows…READ MORE