Church elders are under fire after threatening to disfellowship woman who left husband, to date a woman 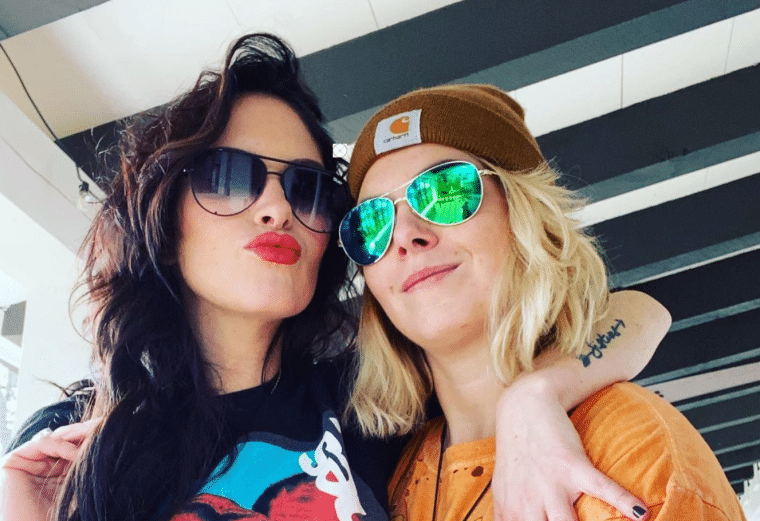 (OPINION) ETH – A team of elders has come under fire recently from the Woodstock Church of Christ in Georgia after threatening to expel one of their members of the Church after she willfully divorced her husband to make her lesbian relationship public.

Yes, you did read that correctly. The elders are under fire for trying to live according to the Bible. According to the report from the Christian Post,  Krystal Cox reportedly published a letter on Instagram dated April 1st. where Woodstock Church of Christ Elders Rick Reynolds, Gary Kyle, Don Williams, and Eric Dotson tried to reason with Cox about going against the church’s teachings on sexuality since last December.

“As we have previously stated, we feel it is crucial to remind you that our Lord considered it vital that no one can be involved in homosexuality and be in a pleasing relationship with God,” the letter stated.“We sent you a letter in the second week of December 2020 that was confirmed by the USPS as delivered on December 10, 2020.

A copy of that letter is enclosed. In that letter, the Eldership requested an opportunity to discuss with you this situation and the condition of your soul. We have not received a response to that letter.” According to Woodstock Church of Christ’s website, it states: “Our authority in religious matters is found only in the inspired Scriptures. Therefore, we seek to be governed in organization, faith, worship and work by God’s Holy Word.”

According to the report, The Church selected the four Woodstock Church of Christ elders to serve as pastors or overseers of the church and “teach and exhort the church in sound doctrine and refute those who contradict the truth.”

“Elders are involved in the lives of the members, providing spiritual guidance, prayer and visits in time of sickness, comfort, and support in times of bereavement, counseling, and spiritual nourishment as members experience the realities of this life,” the church explained on its website, which has since been disabled.

“Elders are to lead by example and will provide instruction for ‘equipping the saints for the work of ministry’ as well as provide the edification needed for healthy relationships within the church (Ephesian 4:11-12). These men are shepherds of this congregation and their primary interest is helping the souls of this congregation reach heaven together.” Cox was reportedly unresponsive to the appeals of the Church elders so she was given an ultimatum.

“If we fail to hear from you by April 30, 2021, we would understand you are not repentant and do not desire to be forgiven of your sinful behavior,” the elders wrote. “That being the case, an announcement to that effect will be made to the Woodstock Church of Christ on the following Sunday.

We will announce that we have withdrawn fellowship from you following efforts to establish a dialogue to persuade you to repent. Your name will be removed from our membership role [sic] until you decide to make your life right with the Lord.”

“It is important that you understand after fellowship has been withdrawn from you, Christians must not interact with you except to encourage you to repent and seek forgiveness (1 Corinthians 5:11-13 and Ephesians 5:11),” the elders added.

Cox reported to CBS 46 that she was “enraged” after reading the letter from the elders. “Well, when I opened it, I was kind of enraged. Like, why am I getting picked on and getting called out when everyone has sin?” she asked.

“The fact that they’re going to point it out and release my personal business to the entire congregation of the church and tell them that I can no longer come there, I just don’t feel like that’s right,” Cox added. “I feel like it’s not wrong. I look at my relationship and how much love I have with her and think, how can people think this is so wrong?”

I don’t want people to be saying ugly things to them and sending them ugly stuff. I just don’t want that. That was not my intent.” Following Cox publicizing the letter, Woodstock Church of Christ has reportedly disabled its social media accounts and website, and calls made to the elders and the church by The Christian Post on Tuesday also went unanswered.

The backlash came after LGBTQ advocates began slamming the church online with negative reviews resulting in the Church’s ratings plummet on Google with now only two stars and eventually the disabling of their social media accounts.