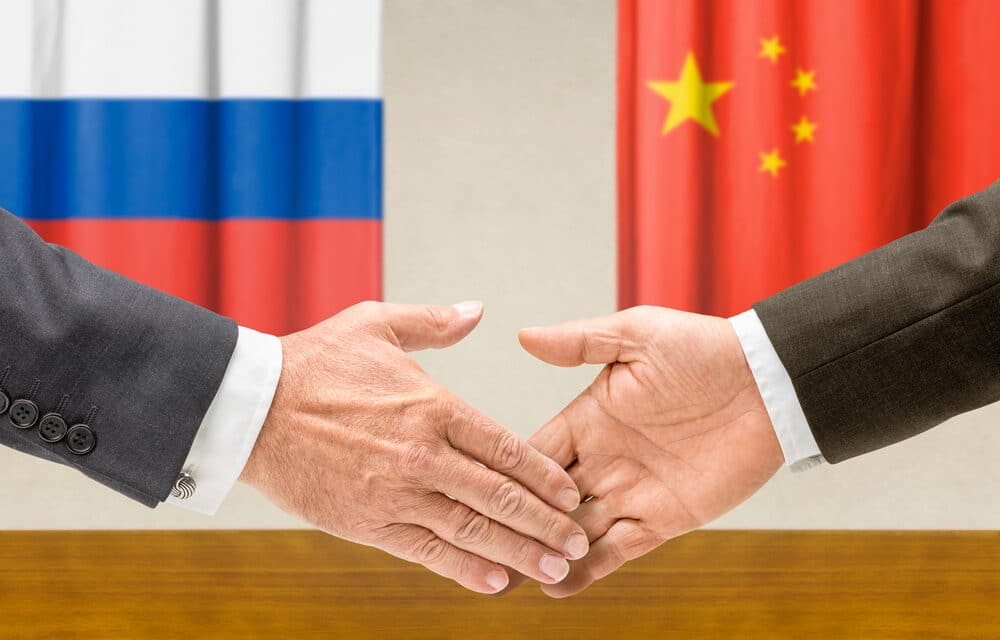 (OPINION) ETH – While tensions between the United States and Russia, continue to grow China has just thrown its support behind Russian President Vladimir Putin, calling the two nations “comprehensive strategic partners of coordination in the new era.”

This comes following a recent warning from Putin at a state of the union address, where the Russin president reminded Western leaders of the country’s nuclear arsenal and warned the West not to cross a “red line.” He went further and warned that any country that dared provoke threats to Russia’s fundamental security would “regret their deeds more than they have regretted anything in a long time,” according to Putin.

Meanwhile, Foreign Ministry spokesperson Wang Wenbin followed up the statement stating that China and Russia will “continue to understand and support each other in safeguarding our respective sovereignty, security and development interests.”

According to Newsweek, Putin hasn’t officially ruled out a Russia-China military alliance and in October, he even stated that it was “quite possible to imagine it” and pointed to the war games the two countries’ armed forces participated in and Russia’s sharing of sensitive military technologies with China.  Wang stated in January that China sees “no limit” for “how far this cooperation can go.”

While Russia and China’s alliance continues to grow stronger the relationship between Russia and the US continues to deteriorate. “We cannot allow a foreign power to interfere in our democratic process with impunity,” President Joe Biden said. “I was clear with President Putin that we could have gone further, but I chose not to do so, I chose to be proportionate.”

Wang criticized the decision to sanction Russia as “power politics and hegemonic bullying.” The spokesperson added that sanctions gain “no support” and are “increasingly rejected.”  “We really do not want to burn bridges. But if someone mistakes our good intentions for indifference or weakness and intends to burn or even blow up these bridges, they must know that Russia’s response will be asymmetrical, swift, and tough,” Putin said.