Biden says white supremacists are now the ‘Most lethal terrorist threat’ to U.S. 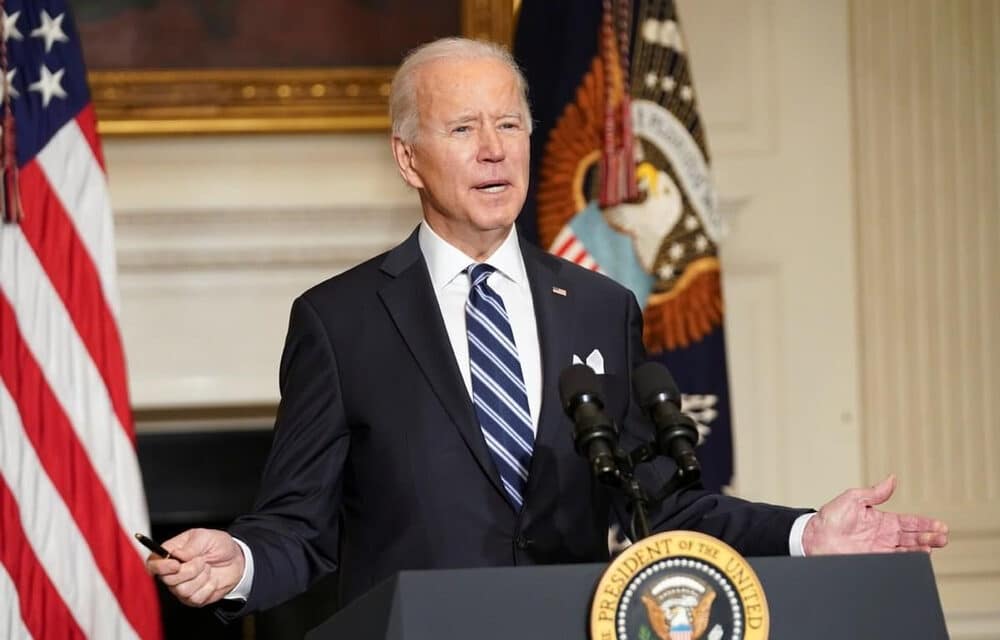 (OPINION) ETH – President Biden has just labeled terrorism by “white supremacists” as the “most lethal terrorist threat” to the U.S., during his address to a Joint Session of Congress on Wednesday.

This means, according to Biden “white supremacy” is far more of a threat to the United States than BLM, ISIS, or Antifa.  Biden stated: “Make no mistake – the terrorist threat has evolved beyond Afghanistan since 2001 and we will remain vigilant against threats to the United States, wherever they come from.

Al Qaeda and ISIS are in Yemen, Syria, Somalia, and other places in Africa and the Middle East and beyond,” in prepared remarks released by the White House. “And, we won’t ignore what our own intelligence agencies have determined – the most lethal terrorist threat to the homeland today is from white supremacist terrorism,” Biden added in the remarks.

According to the report from Yahoo News, Biden slightly departed from the prepared script at the address, saying that “white supremacy is terrorism.” Biden’s remarks also echo comments made by FBI Director Christopher Wray in March’s congressional testimony.

“The problem of domestic terrorism has been metastasizing across the country for a long time now, and it’s not going away any time soon,” Wray said at the time. “We viewed it as such a critical threat that back in June 2019 we elevated racially and ethnically motivated violent extremism to our highest threat priority, on the same level as ISIS and homegrown violent extremists,” Wray, however, stated that while the largest part of the FBI’s domestic terrorism cases involve white supremacists, not all domestic terrorists could be classified as such.

“One of the things we struggle with in particular is that more and more, the ideologies, if you will, that are motivating these violent extremists are less and less coherent, less and less linear, less and less easy to pin down,” Wray said. “In some cases it seems like people coming up with their own customized belief system – a little bit of this, a little bit of that – and they put it together, maybe combined with some personal grievance that’s happened to them in their lives, and that drives them.”