Biden says enough praying time for action! “No Amendment to the Constitution is Absolute.” Unleashes executive action on Gun Control 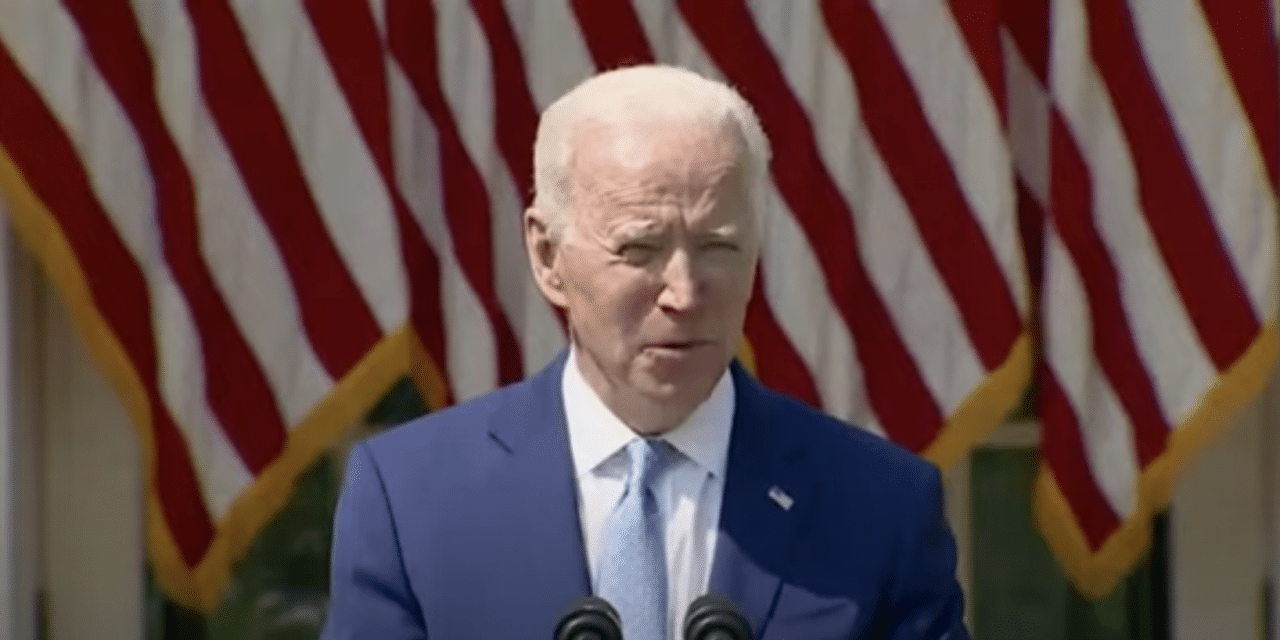 (ETH) – President Biden has just announced a plethora of executive actions and legislative proposals regarding gun control, citing that that gun violence is “a public health crisis” and the administration’s actions do not contravene Second Amendment rights.

According to the report from Fox News, The executive actions are aimed to “confront not just the gun crisis but what is actually a public health crisis,” according to remarks made by the president in the Rose Garden joined by Vice President Harris. “Nothing I’m about to recommend in any way impinges on the Second Amendment,” Biden said.

“These are phony arguments suggesting that these are Second Amendment rights at stake from what we’re talking about.” Biden continued with: “But no amendment to the Constitution is absolute … From the very beginning, you couldn’t own any weapon you wanted to own.

From the very beginning the Second Amendment existed, certain people weren’t allowed to have weapons. So the idea is just bizarre to suggest that some of the things we’re recommending are contrary to the Constitution.” The speech was made in the presence of several high-profile gun control activists, including Brady United president Kris Brown, former Rep. Gabby Giffords, D-Ariz., and Fred Guttenberg.

Among these actions, Biden is reportedly requesting the Justice Department (DOJ) to propose within a month a rule to stop “ghost guns,” which are “kits” people can buy legally to assemble a functioning firearm that does not have a serial number.

The report went further to note that Biden is also asking the DOJ to also propose within 60 days a rule on braces used for handguns, which make them more accurate; to propose action on “community violence intervention”; to publish suggestions for “red flag” legislation, and is asking his administration to issue a report on gun trafficking.

As Harris introduced Biden she stated: “I’ve seen with my own two eyes what a bullet can do to the human body … and I’ve fought my entire career to fight this violence and to pass reasonable gun safety measures,” “What are we waiting for? Cause we aren’t waiting for a tragedy… We’ve had more tragedy than we can bear,” she said.

“The solutions exist… people on both sides of the aisle want action, real people … so all that is left is the will and the courage to act.” “Enough prayers, time for some action,” Biden said of Congress. “I believe the Senate should immediately pass three House-passed bills to close loopholes that allow gun purchases, purchasers, to bypass the background checks.”