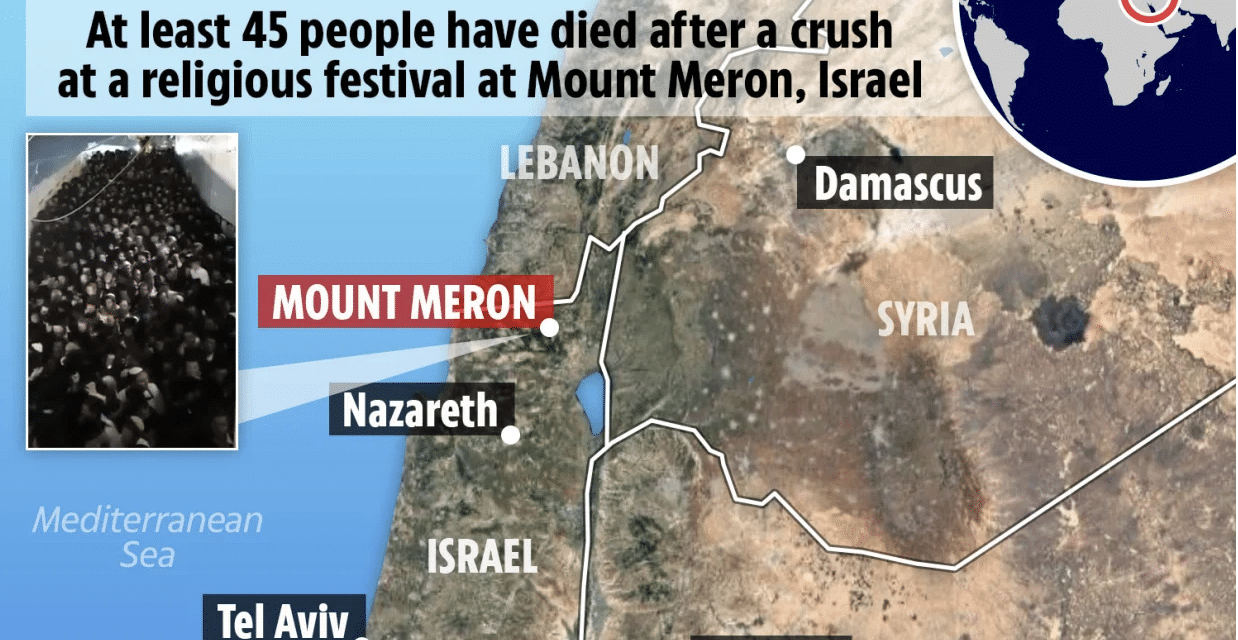 (ETH) – At least 45 people have been killed after panicked crowds filled a tiny “death trap” tunnel leaving dozens crushed to death at a Jewish festival today.

The tragedy took place at the overcrowded festival of Lag B’Omer in Meron, Israel just after midnight. According to the report, Thousands were seen packed onto Mount Meron for the largest gathering held in the country since the Covid pandemic began. Details of the report revealed that attendees slipped on a narrow metal walkway as thousands tried to leave – causing the deadly incident as bodies piled into each other, injuring over 150.

Police reports of the incident stated that the slip created a “human avalanche” eyewitnesses of the tragedy stated that police were seen blocking the exit – and a police chief has admitted that the tunnel was dangerous. A survivor named David told Ynet: “Our bodies were swept along by themselves.

People were thrown up in the air, others were crushed on the ground. “There was a kid there who kept pinching my leg, fighting for his life. We waited to be rescued for 15 to 20 minutes in this crazy, terrible crush. it was awful.” Meir, who was on the many injured in the incident, reportedly told Ynet from his hospital bed:

“It felt like an eternity, the dead were all around us.” Eli Beer, who is the head of the Hatzalah rescue services organization, said young children were among the victims. “To my sorrow, we found small children who had been crushed, we tried to resuscitate them and managed in a few cases to save them,” he said. “We have to wake up, it’s shocking how many people were allowed to enter.”