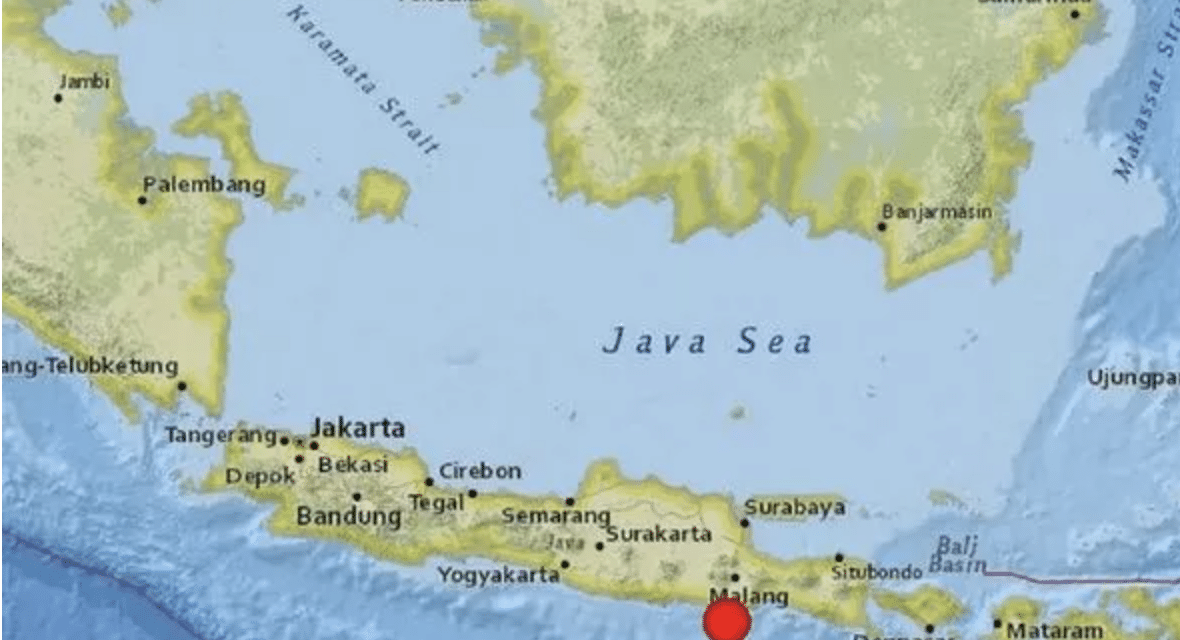 (ETH) – A powerful magnitude 6.0 earthquake struck off the coast of Indonesia 45km southwest of Malang city in East Java according to the USGS.

The earthquake triggered an alert stating: “Based on historical data and tsunami modeling, this earthquake may be capable of generating a tsunami affecting the Indian Ocean region. So far no tsunami has been reported, however, One witness said: “Not bad. Felt shakes for about 4-5 seconds.”

Another person, who lives in Malang City in East Java, around 95km from the epicenter, said: “The ground was moving randomly while I was in my room. *** “My parents woke up from their nap. “I estimated the duration of the earthquake was about 20 seconds and it stopped.”

Others said it was a “long slow rumble” and their windows were “rattling like a heavy truck passed close by”. Another stated that they felt their apartment “swaying from left to right” for several seconds. Another testimony read: “Rattling windows and slightly moving furniture. Mild headache.” Most witnesses claim they only felt minor shakes that lasted just a couple of seconds and no damage has been reported, according to reports.