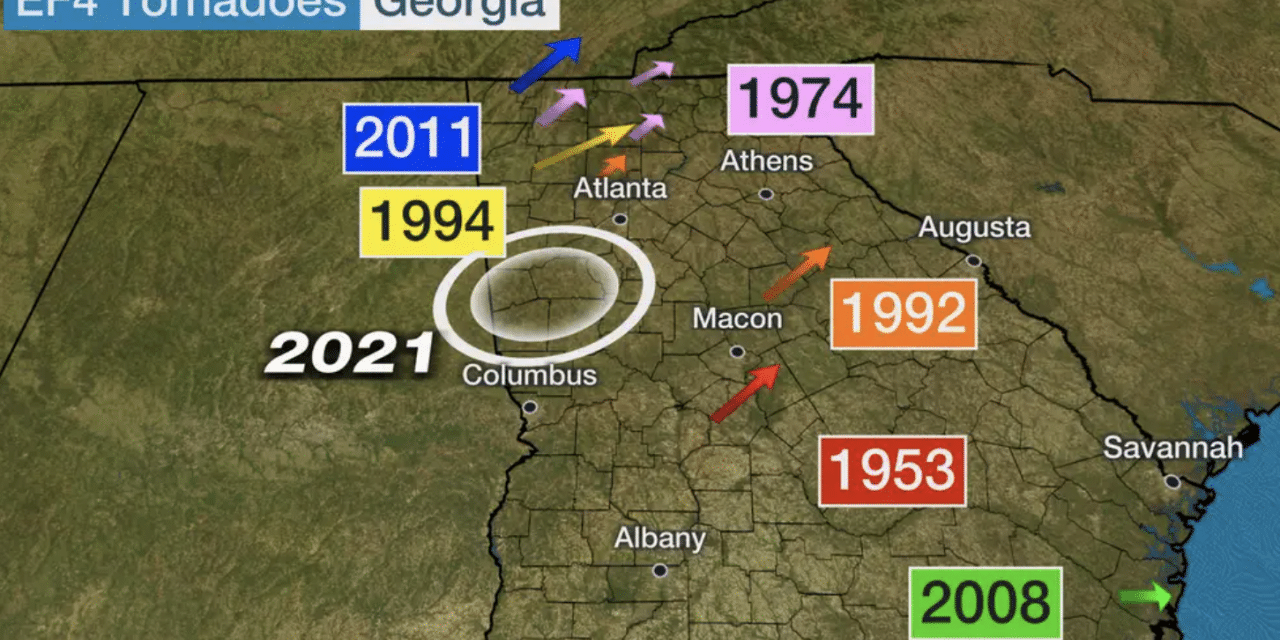 (TWC) – Friday morning’s EF4 tornado in Coweta County, Georgia, was the strongest tornado to hit the state in almost a decade and only the 10th EF4 or F4 tornado to tear through the state since 1950.

Prior to Friday’s tornado, the most recent EF4 tornado occurred in the 2011 Super Outbreak, which brought hundreds of tornadoes to the Deep South.

Less than 0.5% of tornadoes in Georgia reach “violent” strength, those of EF4 or EF5 magnitude. EF4 tornadoes hit Georgia roughly once in a decade. Most violent tornadoes have occurred early in the year and in the northern portion of the state. In all, the state has seen more than 2,000 tornadoes since 1950.

Friday’s tornado struck the west-central Georgia community of Newnan, a town of more than 40,000. EF4 tornadoes are known to level well-constructed homes, throw large objects like boats and cars and remove poorly-constructed buildings from their foundations with winds of 166 to 200 mph.

In Newnan, the tornado totally destroyed homes. The National Weather Service in Atlanta remarked in their storm survey that “this house [shown below] is totally collapsed and gone.” This kind of damage was most likely done by winds of 170 mph. Some homes were partially lifted from their foundations. READ MORE