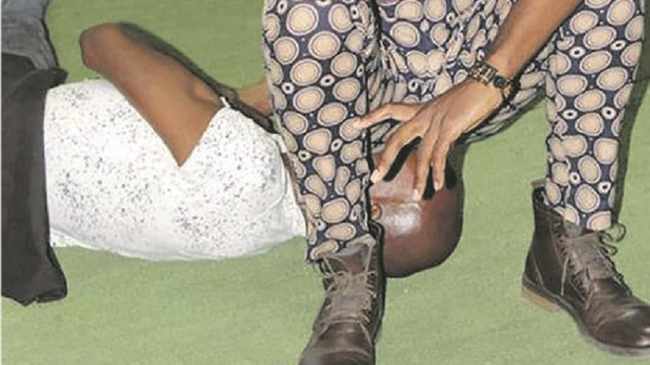 (OPINION) ETH – A ridiculous story is coming out of South Africa that sounds like something from the Babylon Bee but sadly, is a true story. An alleged pastor named Christ Penelope, who is the founder of Seven Fold Holy Spirit Ministries, reportedly farts on the members of his congregation as an alleged healing process that cures all spiritual and physical problems.

This pastor gained viral attention after a photo surfaced of him sitting on a member of his Church’s face and farting. After the images and video went viral the pastor has come out defended himself stating that it is the demonstration of God’s power after he was accused of hiding behind religion to perpetuate his disgraceful actions.

According to the report, Penelope stated in an interview that his bizarre actions are a demonstration of “God’s power” and that he is following the divine example of putting people in need of a miracle into a deep sleep before giving them the healing they need. “It started with Master Jesus when he stepped on Peter.

It is the demonstration of God’s power. Just like God made Adam go into a deep sleep, it is a similar thing. God did anything with the body of Adam while he was on the ground in deep sleep.

He was not feeling anything,” Penelope told Drum. He even went further to say that the fart must be near the person’s nostrils so that the “healing power” can enter the body and do its work. This pastor claims that people who are sick are healed after his fart ritual.