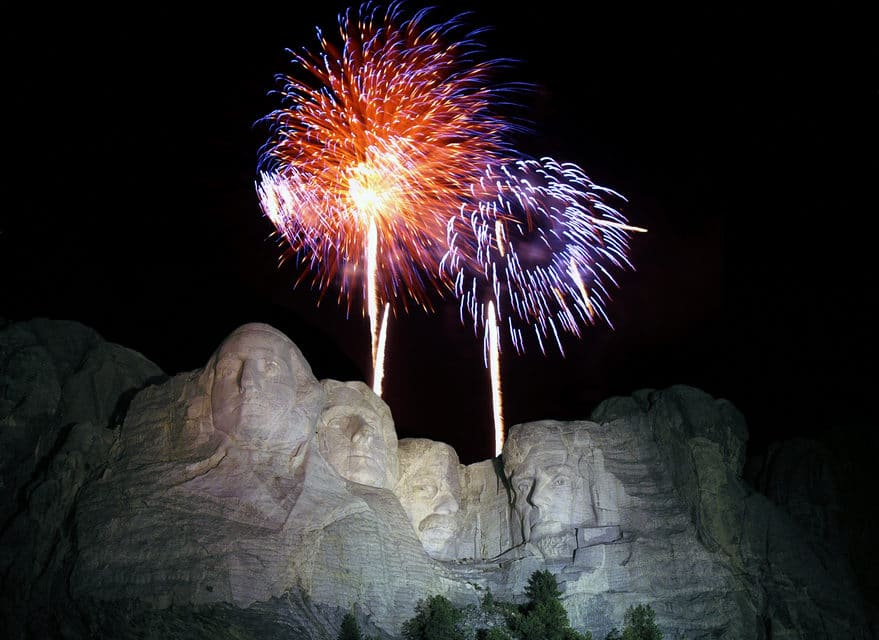 (OPINION) Todd Starnes – South Dakota Gov. Kristi Noem vowed to fight to ensure that Americans will be able to celebrate Independence Day with fireworks at Mount Rushmore. “Governor Noem is going to do everything in her ability to ensure that we can celebrate America’s birthday with fireworks at Mount Rushmore,” said Ian Fury, a spokesperson for the governor.

The Biden administration announced last week that it would not allow Fourth of July fireworks at Mount Rushmore — citing the China Virus pandemic. Last year President Trump lifted our spirits by attending a beautiful fireworks celebration at the national monument — in spite of fierce outrage from the Mainstream Media and Democrats.

The National Parks Service is puzzling seeing how President Biden declared in a primetime teleprompter speech that Americans might be able to gather in small groups to celebrate July 4th. Herbert Frost, the department’s regional director, said in a letter that it is “only prudent to make plans based on the best available science and public health guidance available today.”

“Potential risks to the park itself and to the health and safety of employees and visitors associated with the fireworks demonstration continue to be a concern and are still being evaluated as a result of the 2020 event,” Frost wrote in the letter, which was first reported by The Hill. READ MORE