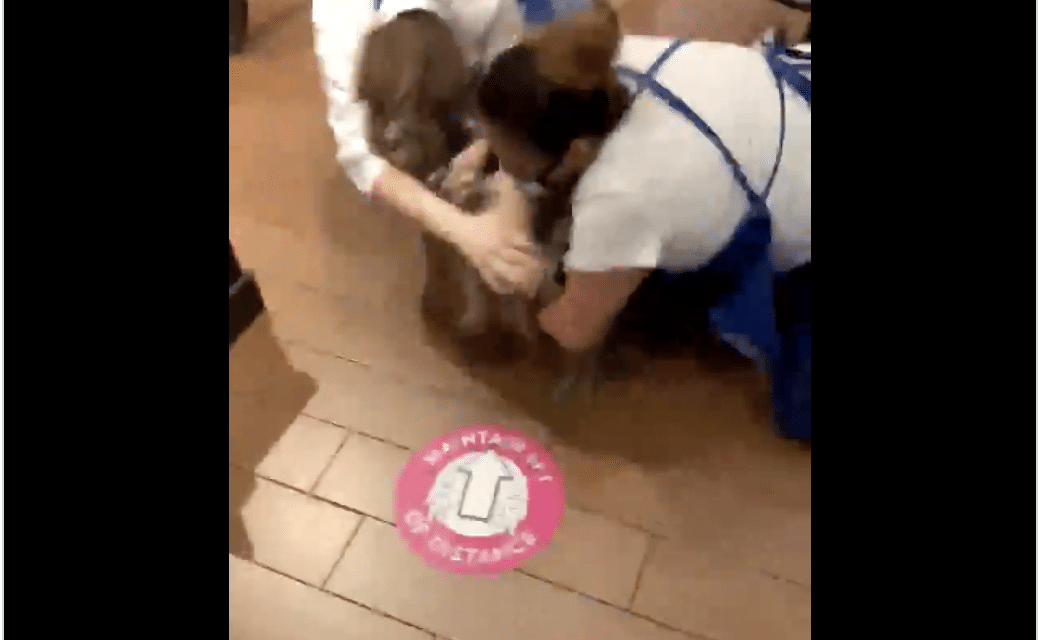 (FOX26) – A brawl broke out in a Scottsdale Bath & Body Works on Saturday, March 6 over someone cutting in line, says the Scottsdale Police Department. It was all caught on video.

In a Twitter post, employees and customers are seen fighting at the Fashion Square Mall Bath & Body Works location. The Twitter user says a woman was standing too close to another customer, they started arguing and then employees tried de-escalating the fight.

The fight got worse, however, with employees and customers being thrown to the ground. Police say this incident wasn’t related to race and/or wearing a mask, as some Twitter users claimed.

“The initial information that we have is two female subjects were cited criminally for the incident,” police said, not detailing which of the woman were cited or what the citations were for.

A complete report from the police department has been requested. L Brands Communications, the parent company of Bath & Body Works, said in a statement about the incident, “We are deeply concerned by the incident in one of our stores and are currently investigating the matter in partnership with local law enforcement.” READ MORE