USA Today labels “Christian Nationalism” a threat to our Nation 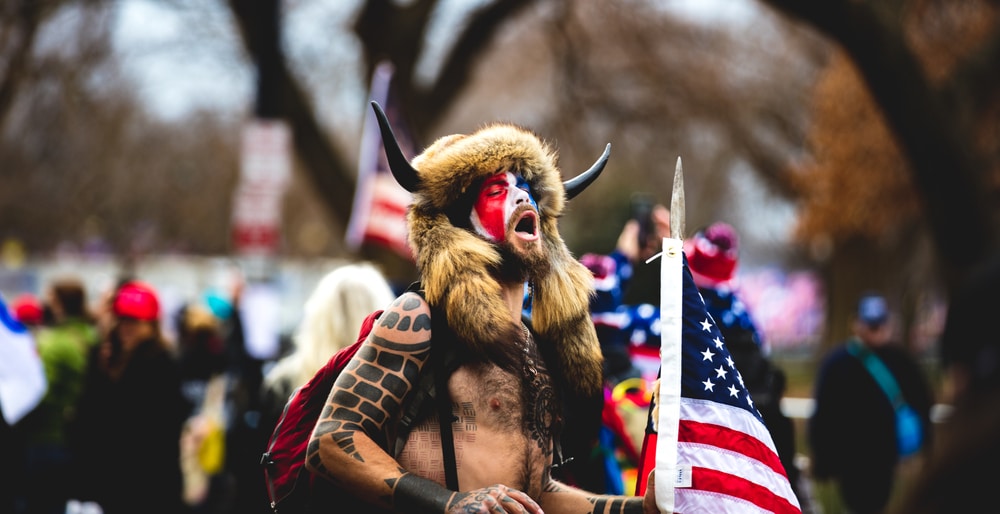 (OPINION) USA Today – After a portion of the mob entered the Senate chamber on Jan. 6, a handful of men mounted the podium. One of them lifted his hands and cried out, “Jesus Christ, we invoke your name. Amen.”

Then Jacob Chansley, sometimes called the “QAnon Shaman,” took his bullhorn and announced gratitude to God for being able to “send a message to all the tyrants, the communists, and the globalists that this is our nation, not theirs.” Bare-chested to expose his white supremacist tattoos,

he had paused briefly to remove his Viking-inspired horned headdress and cap — presumably to assume a properly humble posture as he claimed the United States for himself and his fellow-believers. The violence was roundly condemned if a bit mealy-mouthed in certain quarters.

People spoke of the criminal threat against members of Congress, staffers, and police. They lamented the violation of sacred civic space and democratic norms (the few we have left). Many were especially dismayed to find police, veterans, and elected officials among the rioters — individuals who had taken oaths to serve and protect the nation.

It is easy to protest when white Christian nationalism turns violent. Within the chorus of critics, however, are a substantial number of Christians who plan to take the country for Jesus another way. Sen. Josh Hawley, R-Missouri, a leader of the misinformation campaign that led people to believe (falsely) that the presidential election was stolen, is among them. READ MORE