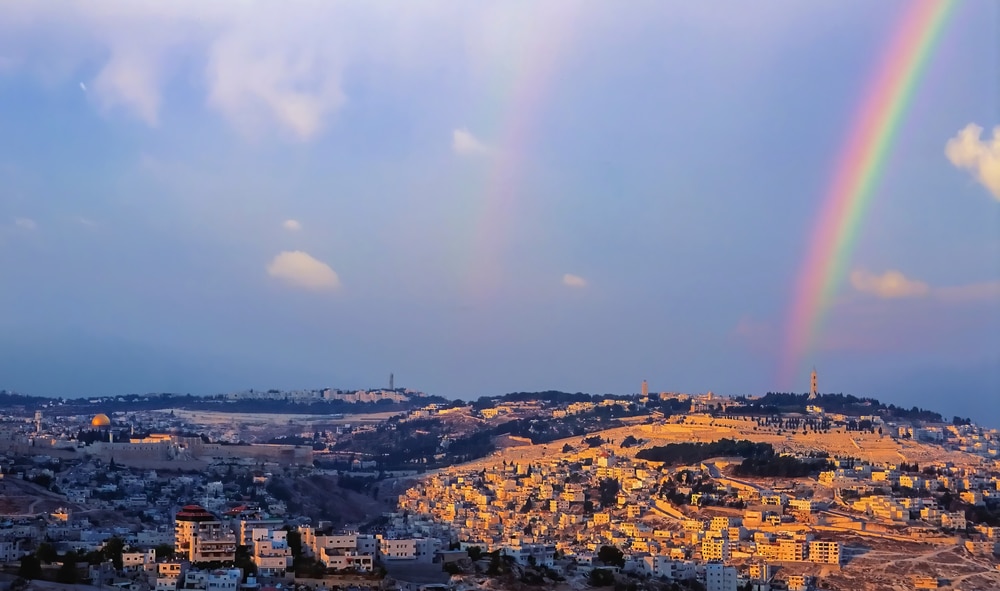 (OPINION) Israel365News – At first glance, the photo of the rainbow over the Temple Mount is aesthetically pleasing, but a quick look at the story behind the photo brings out the deeper beauty.

The land for Kidmat Tzion was purchased about a century ago by Jewish residents of Jerusalem who wanted a more pastoral and less urban existence, nearby but outside the walls of the Old City. About 150 acres were purchased but the illegal Jordanian occupation of the area in 1948 prevented the Jews from settling on their land. During the Jordanian occupation, massive Arab construction resulted in the creation of the neighborhood of Abu Dis on what used to be empty land.

Israel annexed all of Jerusalem but only about 15 acres of the land purchased by the Jews fell within this area, the rest now being considered Judea. Ateret Kohanim, an NGO working to strengthen the Jewish nature of all of Jerusalem, worked to reestablish the existing Jewish claim to the land, and ten families now live in Kidmat Tzion. READ MORE