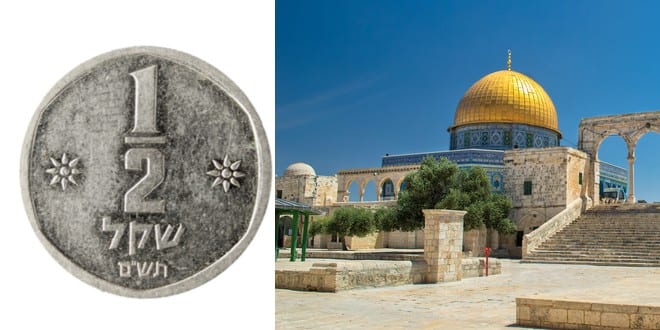 (Israel365News) – As the world economy teeters with massive global unemployment and systems of government crumble, precious metals soar in price alongside ballooning cryptocurrencies.

One rabbi suggests the solution is to be found in a Temple-based commandment that stabilized the economy and the kingdom while bringing people to serve God. Rabbi Hillel Weiss, the former spokesman for the Sanhedrin, is planning on releasing a new coin dedicated to the establishment of the Davidic Dynasty and the rebuilding of the Jewish Temple in Jerusalem.

The coin is intended to be more than a symbolic gesture. “Many basic systems that are essential to society are disintegrating,” Rabbi Weiss told Israel365 News. “Many governments, including the US and Israel, are having a crisis in government. At the same time, we are seeing basic issues in the very concept of money.”

Rabbi Weiss emphasized that the full economic effects of the global pandemic have yet to be seen. “The global markets for precious metals are off the charts,” Rabbi Weiss said. “Throughout history, governments issued coins to establish their sovereignty and to mark the passage of an era.