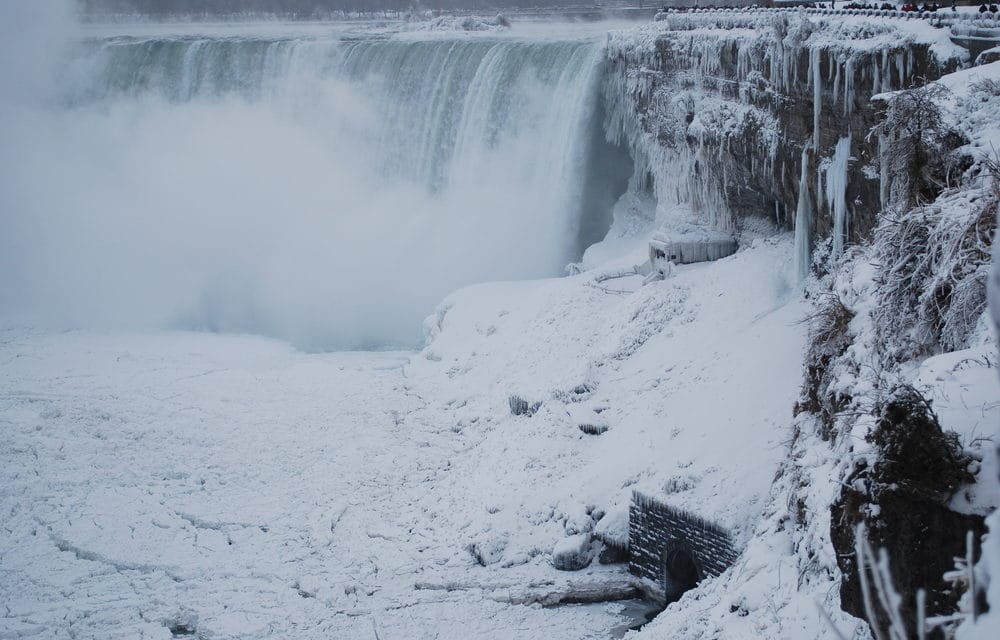 (The Sun) – Niagra Falls froze over yesterday as a brutal storm continues to batter swathes of the US. Ice formed at the top of the famous waterfall after temperatures fell to -19C (-2F) in Niagara, New York State.

Thick clouds of steam and a rainbow were also visible. It comes after President Joe Biden declared a major disaster in Texas – where at least 30 deaths have occurred. He previously declared a state of emergency in Oklahoma and Louisiana.

Millions of Americans have been thrust into third-world conditions amid widespread power outages and contaminated tap water. At least 69 people have died of carbon monoxide poisoning, hypothermia, car crashes, house fires, and drownings, among other tragedies related to the freak weather in Texas and neighboring states. READ MORE